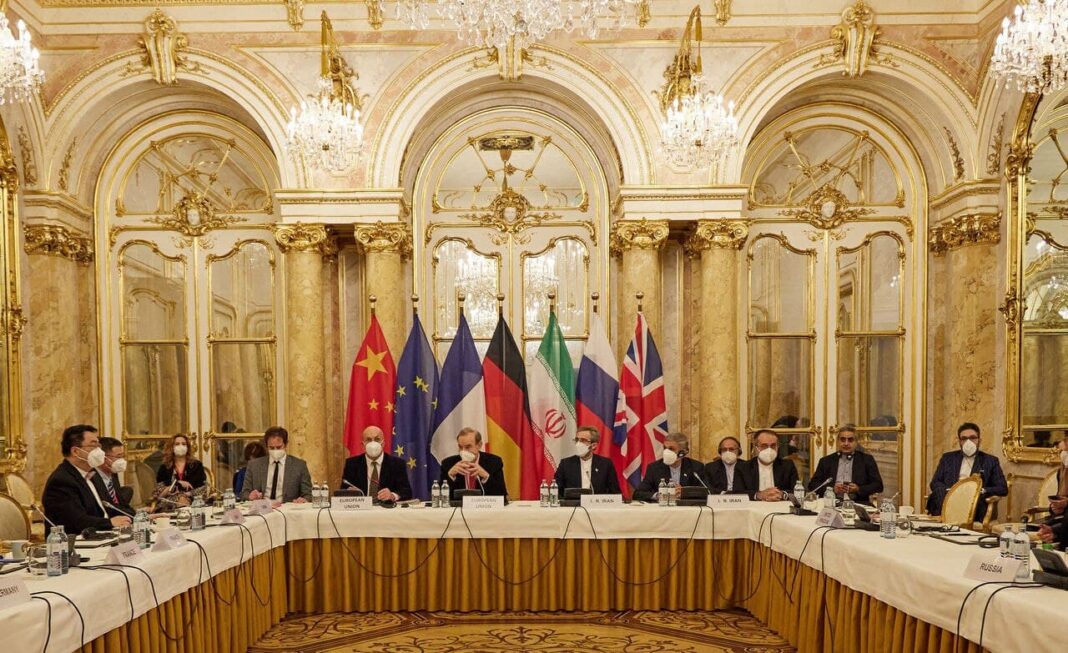 Experts from the Islamic Republic of Iran and representatives of the P4+1 group met today (Saturday) as part of the eighth round of Vienna talks on lifting anti-Tehran sanctions.

At this meeting, the parties assessed the latest status of the talks for the effective and verifiable lifting of sanctions. According to IRNA, the meeting is based on an agreement reached at the last session of the Joint Commission of the Iran nuclear deal also known as JCPOA, and representatives of the countries participating in the talks stressed the priority of lifting the illegal and oppressive sanctions.

It added, at the meeting, the parties focused on determining the frameworks, indicators, and criteria for verifying the removal of sanctions and guarantees that the United States will not repeat its illegal actions.

The Vienna talks are being pursued as the vast majority of the negotiating delegations agree on the progress made in reaching a final agreement in the ongoing talks on lifting sanctions in Vienna.

Ulyanov said all his counterparts in the negotiations share this assessment of the Vienna talks.

He said the parties to the talks are moving forward, though not fast but incrementally.

The eighth round of Vienna talks began last Monday between Iran the P4+1 group, Russia, China, Britain, France and Germany, and has reached a critical stage.