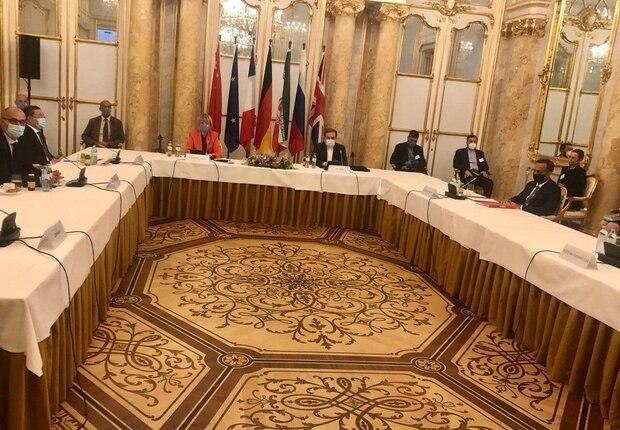 Delegations from Iran and the P4+1 group have been moving forward with their intensive talks in the Austrian capital, Vienna, since Saturday, May 8, 2021.

The intensive talks come as the Joint Commission of the Joint Comprehensive of Action (JCPOA) has stressed that the trend of negotiations should be expedited.

Intensive consultations were held yesterday and today between Abbas Araqchi, the head of the Iranian negotiating team, and his counterparts leading the other delegations at the talks.

Araqchi’s consultations included a meeting with Deputy Secretary-General of the European External Action Service Enrique Mora and a four-way discussion with the three European countries present at the talks.

Bilateral and multilateral negotiations have also been going on at the experts’ level within the framework of three working groups discussing sanctions, nuclear issues and practical arrangements.

Accordingly, bilateral meetings were held yesterday between expert teams from Iran, and Russia and China.

A bilateral meeting was also held today at the experts’ level between Iran and Russia.

Yesterday’s talks continued into the night.

Today, the two sides will move forward with their consultations in a bid to narrow differences over the texts as much as possible.