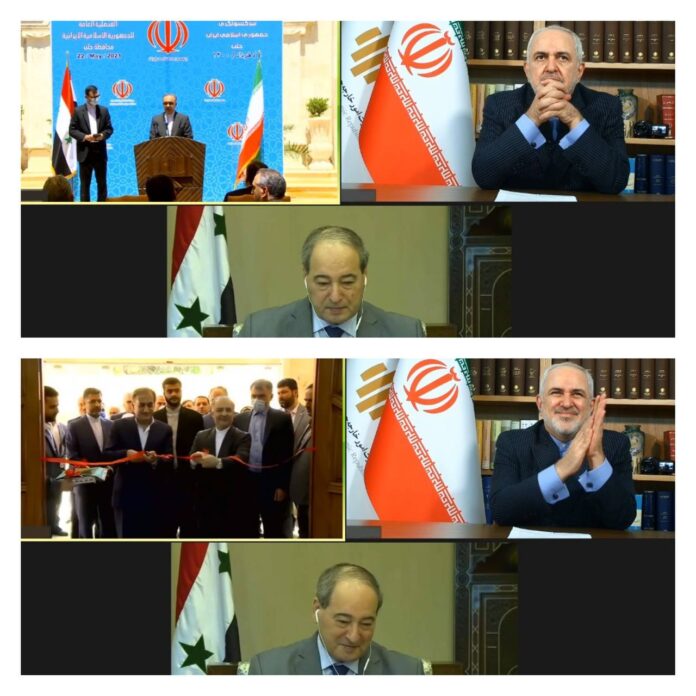 Iran has opened its consulate-general in the Syrian city of Aleppo following an agreement between the Iranian Foreign Minister and the Syrian government.

The consulate-general was opened by Iran’s ambassador to Syria in a Saturday ceremony in Aleppo, which was virtually attended by Iranian Foreign Minister Mohammad Javad Zarif and his Syrian counterpart Faisal Mekdad.

Following Zarif’s recent trip to Damascus and his consultations with Syrian President Bashar al-Assad and Foreign Minister Mekdad, the Syrian government gave Iran the green light for the inauguration of the consulate-general in Aleppo. The Syrian Arab Republic’s Foreign Ministry later gave its consent in written.