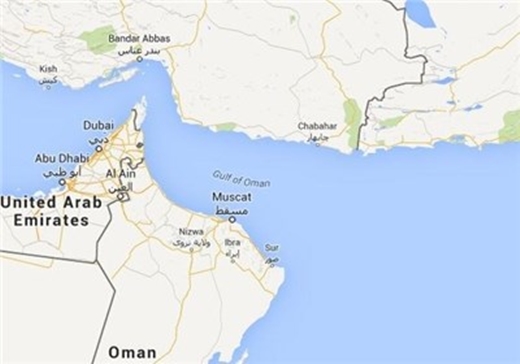 Tehran and Muscat on Tuesday signed an agreement to set the maritime boundary between the two countries in the Sea of Oman.

The agreement, which is the first of its kind since Iran’s 1979 Revolution, was signed after 10 rounds of technical and legal negotiations between Iranian and Omani experts.

Zarif, who arrived in Oman on Tuesday, is visiting Persian Gulf littoral state for talks on regional developments.

He is expected to hold meetings with senior Omani officials on a range of issues, including ways to put an end to the Saudi aggression on Yemen and facilitate the shipment of humanitarian aid to the oppressed and defenseless Yemeni people, who have been under the brutal attacks of the Saudi regime for two months.

Zarif will then leave Oman for Kuwait to attend the 42nd Foreign Ministerial Meeting of the Organization of the Islamic Cooperation (OIC) which is slated for May 27-28 in Kuwait City.

Organized under the theme “Common Vision to Strengthen Tolerance and Ban Terrorism,” the meeting will examine major developments in the region, especially the situation in Palestine, Yemen and Syria.