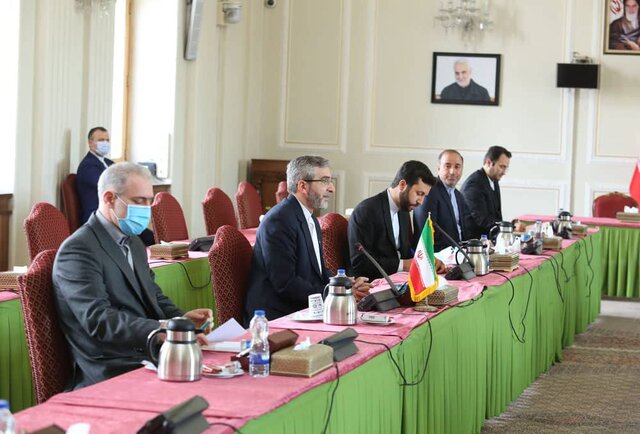 Iran and Oman have held the 8th meeting of their Joint Committee for Strategic Consultations with the attendance of Iranian Deputy Foreign Minister for Political Affairs Ali Bagheri Kani and his visiting Omni counterpart Sheikh Khalifa al-Harthi.

During the meeting, the two sides hailed the 50th anniversary of diplomatic relations between Iran and Oman and called for expansion of ties based on mutual trust.
The Iranian diplomat, for his part, underlined the need to resolve regional issues among regional countries and expressed hope existing disagreements between regional countries are resolved through dialogue.
The Omani official also said Iran has a pivotal role in regional developments, stressing that his country is willing to enhance bilateral and regional ties with Iran.
He added that Oman considers peaceful alternatives as a necessity for peace and calm in the region.
Bagheri and al-Harthi also discussed key international topics including the Vienna talks, the need for a political resolution to the crisis in Yemen and the necessity of dialogue in the region.
“Ties between Iran and Oman will have an impact on the region and beyond and will continue,” al-Harthi said.