British Secretary of State for Foreign Affairs Boris Johnson has voiced his country’s full support for the nuclear deal between Iran and world powers, saying the agreement should be preserved.

Speaking in a Monday meeting in New York with Iran’s Foreign Minister Mohammad Javad Zarif, Johnson said that London strenuously supports the nuclear deal between Tehran and world powers, stressing that the agreement must be preserved and implemented.

Elsewhere in the meeting, the two sides underlined the expansion of bilateral ties, and discussed various aspects of bilateral relations, including banking and consular issues. 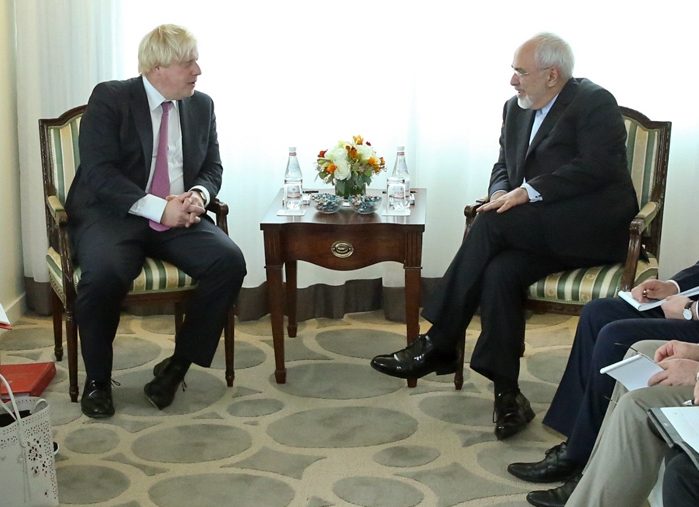 Regional issues, including those of Iraq, Syria, Yemen, Bahrain and Afghanistan, were the other topics that the two foreign ministers focused on.

They also emphasized that the violence should be stopped in these areas and talks must be held to end the tensions and disagreements.