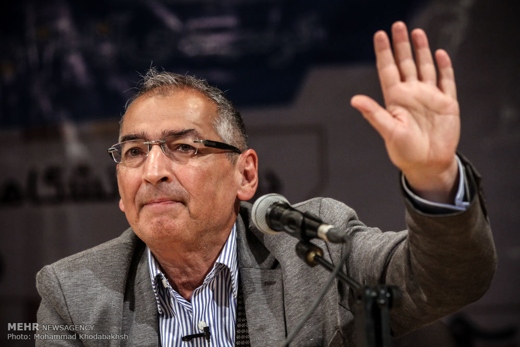 Sadegh Zibakalam, an Iranian political analyst, has said that unaccountability is a problem bigger than sanctions for Iran, adding that the country should learn lessons from other nations on fixing the economy.

A Tehran University professor has rejected remarks that Iran’s economic problems will be gone after the removal of sanctions, saying that those problems do not solely stem from the nuclear issue.

Sadegh Zibakalam, a political analyst who is a fervent supporter of the Rouhani administration and its foreign policy, made the remark in a meeting on Tuesday on the dos and don’ts of the policies adopted by the Islamic Republic of Iran after the nuclear deal and added that the reason why Iran’s economy is not doing well lies somewhere else. The following is the translation of his remarks as reported by Mehr News Agency on September 1:

Who has said that all Iran’s problems will become history in the post-sanctions era? It is unclear who has claimed that the economic situation of the low-income families would improve, inflation would be reduced and housing prices would change.

As many as six million people are jobless in the country. The assumption that all these people will land a job after the termination of sanctions and the nuclear deal is far from correct. Some of the post-deal must-haves are in fact the aspirations and wishes people cherish in society.

Nuclear deal and the opponents

We need to be careful not to walk into the trap the opponents of the nuclear deal have set. They used to have critical analyses of our position, saying that we are simpletons to expect to see Iran turn into a paradise after the [conclusion of the] nuclear deal.

Economic woes and their roots

It is not wise to assume that sanctions are to blame for all the problems the country has been grappling with and that their termination would solve all problems. It is not wise to think that all economic ills come from the nuclear issue. I should say that we have a more serious problem in the country.

Iran has an inefficient state-run economy. As long as the country’s economy is controlled by the government, nothing will change whether sanctions are in place or not. If we want to treat people honestly, we should not confirm the assumption that all problems will be removed after sanctions are removed.

Lessons to learn from others

Foreign policy in any country has been intertwined with its domestic policy. The political management can affect a wide range of issues, among them politics and economy.

Turkey, for instance, saw its economy grow over the past 36 years and earn $150b in exports last year without selling a cubic meter of gas or a barrel of oil.

We need to review why Iran can – at best – collect $40b in non-oil exports. Turkey’s success in the export sector has cost the country its membership in the European Union, because as an EU member, Turkey’s exports can dominate the European markets.

Compared with this country’s economic breakthroughs, we in Iran have simply resorted to sloganeering over the past years.

The country’s economy is not working properly and we need to set asides all talks [and no action]. Unaccountability is a big issue in the country. For eight years, no one asked those who were in power to answer [for their performance].

How much has the country paid for [the nuclear program and] sanctions? Parliament has never asked how much the country spends on developing uranium per kilogram or how much money the country should pay for the electricity which is generated at Bushehr [Nuclear Power Plant].

Nuclear deal and jubilation of US Democrats

How will the Joint Comprehensive Plan of Action affect the 2016 presidential elections in the United States? The Iran nuclear deal is viewed as an achievement of Obama and the Democrats [in general]. Unfortunately, the Democrats have fared poorly in Iraq, Syria, Yemen and even Afghanistan; talks with Iran are the only issue [among regional disputes] the US can claim it has reached a breakthrough over.

The Vienna agreement is a promising deal and I am optimistic about it. For the Americans, Obama in particular, the Iran nuclear deal is a trump card. They will try to keep their end of the bargain so that they can win the presidential elections next year.

We are at odds with the US over Israel, support for ISIL and human rights. We need to make optimal use of the opportunities that will open up in the post-sanctions era.