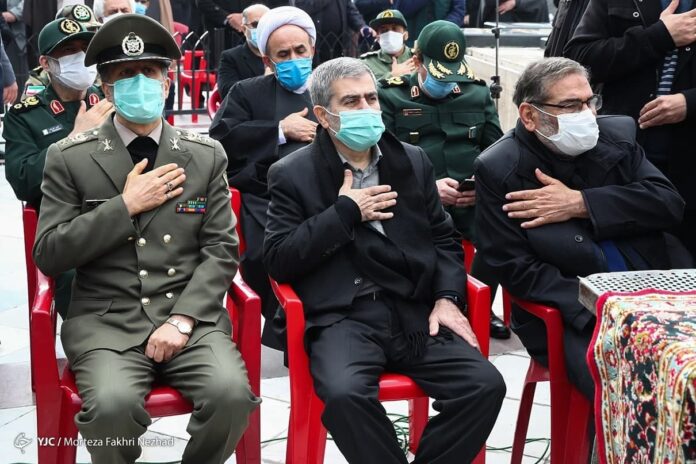 Iran’s defence minister has once again vowed retaliation against those behind the assassination of Iranian scientist Mohsen Fakhrizadeh, saying the country will track down the criminals.

Speaking at the deceased scientist’s funeral ceremony on Monday, Defence Minister Brigadier General Amir Hatami said the enemy knows that the Iranian nation will not leave any crime, act of terrorism, and stupid move unanswered.

“We will definitely track down the criminals until the end. They should know they will be punished for what they did. We will execute the order issued by the chief-commander of Iranian armed forces,” he noted.

The defence minister said the assassination of Fakhrizadeh will only boost the solidarity and determination of the Iranian nation, making Iran more resolved to continue his path and accelerate the country’s progress.

He then addressed the international sponsors of the assassination and said, “You think you’re closing a path or breaking a determination through this move; but you should know that will not happen.”

He expressed gratitude to the nations and governments that felt responsible and denounced the terrorist act, but scolded the other governments and international bodies that failed to condemn it.

“These countries [that didn’t condemn the attack] must know that appeasing terrorists emboldens them. If you fail to take a firm stance and remain trapped in your double views, terrorism will one day haunt you,” he noted.

Hatami said that Iran will continue its fight against terrorism as it did in Iraq and Syria, no matter how other countries treat terrorists.

“Whoever bows to terrorists will abase itself,” the defence minister noted.