Iran, Norway Hold 9th Round of Political Consultations in Tehran 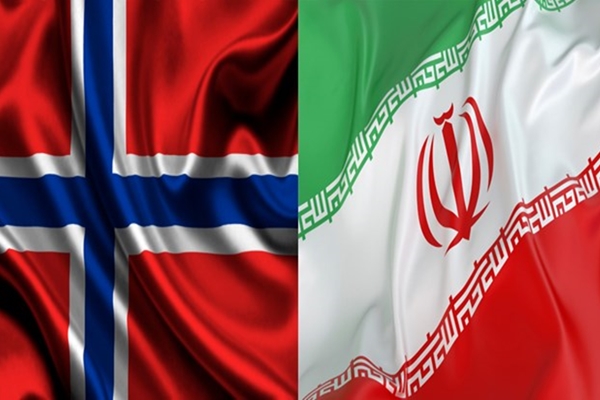 Tehran has hosted the 9th round of political consultations between Iran and Norway, which was co-chaired by Iranian Deputy Foreign Minister Seyyed Abbas Araqchi, and Secretary General of the Norwegian Foreign Ministry, Tore Hattrem.

During this round of talks, the two sides discussed the most important international issues and developments, as well as issues of bilateral relations.

Hattrem expressed his regret and sympathy over the recent floods in Iran, saying that Norway will soon send its cash and non-cash help for Iran’s flood victims.

He emphasised Oslo’s serious political will to sustain and maintain bilateral cooperation with Tehran, and described as “wise and reasonable” Iran’s stances and behaviour in reaction to the unfaithfulness and regrettable withdrawal of the United States from the JCPOA.

He went on to say that Norway has always been in harmony with the European Union in maintaining and implementing the JCPOA, which guarantees benefits and positive results, especially security, for all parties.

“Norway is still hopeful that the JCPOA will be able to survive thanks to Europe’s efforts to help Iran reap the dividends [of the deal] and maintain its cooperation.”

It is expected that operational solutions and mechanisms like the Instrument in Support of Trade Exchanges (INSTEX) would pave the way for further cooperation in various economic areas, added Hattrem.

In turn, Araqchi expressed gratitude for the sympathy and assistance of the government and the people of Norway after the recent floods, and also Oslo’s positive and constructive positions to develop and promote bilateral cooperation and its continuous support for maintaining and implementing the nuclear deal.

“The nuclear deal is a multilateral and international agreement, and by withdrawing from this agreement, the United States has violated internationally-accepted standards, including the UN Security Council Resolution 2231,” Araqchi noted.

However, he added, unfortunately this unlawful action has not received an effective response from the international community.

“With this unilateral and unlawful move, the United States has shown it does not understand the language of respect and engagement, and can only speak the language of bullying,” Araqchi added.

He reiterated that political support is not enough, and Europe needs to pay costs to preserve the JCPOA. Otherwise, the deal will not be able to survive and its consequences is blamed on the United States.

“Iran has shown maximum goodwill, cooperation and self-restraint to keep the accord alive, but the ruling White House team seems to have other goals and objectives in mind. There are several choices for Iran, and we will respond appropriately based on our national interests in the face of the US bullying behaviour,” concluded Araqchi.