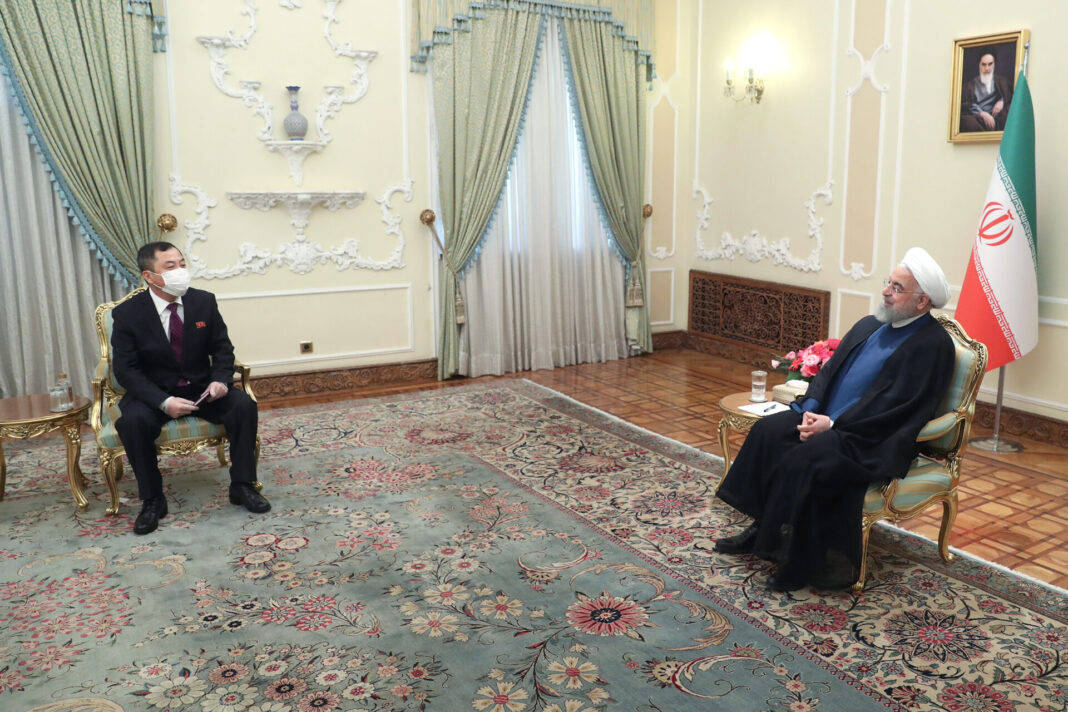 Iran’s President Hassan Rouhani says the United States is the enemy of the Islamic Republic and North Korea, and both nations must stand against the US bullying.

President Rouhani on Wednesday stressed that the American officials have always been oppressive against governments and nations such as Iran and the Democratic People’s Republic of Korea.

“We must stand firm against Washington’s bullying,” added Rouhani in a meeting with the new Korean envoy to Tehran who presented his credentials.

Elsewhere in his remarks, Rouhani underlined that the development of sincere ties between Tehran and Pyongyang will benefit both nations and the region.

He also touched upon the friendly ties between the two countries since the Islamic Revolution, expressing hope that the mutual relations would further strengthen by the efforts of the two countries’ officials.

For his part, the new Ambassador of North Korea to Tehran talked about the need to work for the development of bilateral relations, underscoring that combating the US hegemony is a goal shared by the two sides.