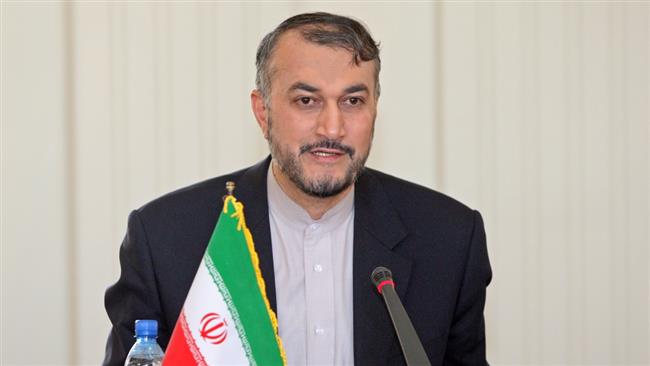 Only Assad himself can decide on his participation or non-participation in the elections and it is only the people of Syria who can say whether they will vote for him or not, the Iranian diplomat said.

Iran says it opposed the inclusion of a clause that would have asked for the removal of Syria’s President Bashar al-Assad from power in the statement that was issued following recent talks in Vienna on the Syrian conflict.

Iranian Deputy Foreign Minister for Arab and African Affairs Hossein Amir-Abdollahian, who attended the Saturday talks in the Austrian capital as a member of the Iranian delegation, said on Sunday that some foreign ministers insisted during the negotiations that the Syrian head of state be ousted from his position.

“The Islamic Republic of Iran did not allow this issue to be included in the final statement,” he said, adding, “We emphasized that only the people of Syria have the right to decide on this matter.”

Since March 2011, Syria has been beset by foreign-backed militancy, which has so far claimed the lives of over 250,000 people and displaced millions of others.

The Vienna talks were a continuation of October 30 negotiations in the Austrian capital, which had been attended by representatives from 17 countries, including Iran, as well as envoys from the United Nations (UN) and the European Union (EU).

The second round of the Vienna talks was attended by senior representatives from 17 countries, the UN, the EU and the Arab League.

According to the joint statement released by the UN following the second round, the participants agreed that Syria should have a transitional government in six months and hold elections in 18 months.

Amir-Abdollahian said, “Some participants insisted that if the envisaged trend goes well in a six-month period, Bashar Assad should not contest the upcoming elections,” which the Iranian official said “was an unprincipled position.”

“In response, we stressed unequivocally that only Assad himself can decide on his participation or non-participation in the elections and [that] it is only the people of Syria who can say whether they will vote for him or not.”

Ali Haidar, the Syrian minister of national reconciliation, echoed the remarks by Amir-Abdollahian, saying that no one is allowed to devise a timeframe on any Syria peace plan and that only the Syrians should decide the mechanisms to achieve peace.

“Syrians are solely responsible for making the changes to techniques and structure. Nobody is allowed to put timetables, even if they were friends or enemies. They are not allowed to say what should be changed in Syria in the structure and techniques,” he said.

“Vienna and any other meetings are requested to do one thing which is creating the international atmosphere for the dialog of Syrians among each other and any other thing is the Syrians’ responsibility.”