A look at Iranian newspaper front pages on Sept. 18

Today this section of IFP features a closer look at the front pages of just 10 newspapers.

On Thursday several Iranian newspapers led on nuclear talks between Iran and P5+1 which open in New York later today. Confirmation by the government spokesman of the news that President Rouhani will attend the upcoming UN General Assembly also drew a lot of front-page attention. Comments by former President Mohammad Khatami that IS does not represent Islam were also highlighted by several reformist dailies on their front pages. 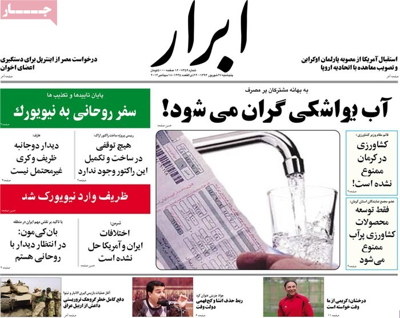 Afarinesh: The secretary of the Supreme National Security Council said, “Iran has turned down a Danish demand that Tehran be part of a Western-led coalition against IS militants.”

Afarinesh: A 16th national Congress on Cardiovascular Diseases has closed in Tehran. In the event the services of veteran specialists in the field were praised. 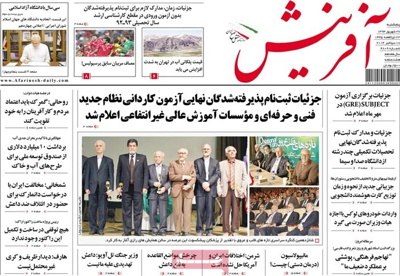 Afkar: Iranian novelist Ahmad Bigdeli, who did not stop putting pen to paper until his final days, has passed away. 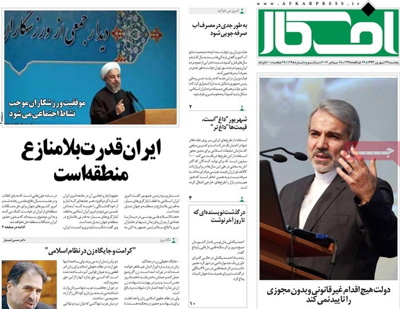 Aftab-e Yazd: The wrangling between the government and Ansar Hezbollah who are bent on hitting the streets as of next week to enforce morality laws rages on. The government spokesman said Wednesday “Violent tactics are bound to prompt some to show more disregard for the [Islamic] dress code…. Any disregard for women is unacceptable to the government…. It is Islam that pays a price for such measures, not Ansar Hezbollah…. Government does not approve of any measure which does not have the go-ahead of appropriate authorities.” Mohammad Bagher Nobakht’s comments came after the executive headquarters of the hard-line group said Ansar does not need permission to do what it is bent on doing. Meanwhile, a parliament deputy warned the grouping not to make the national atmosphere tense. 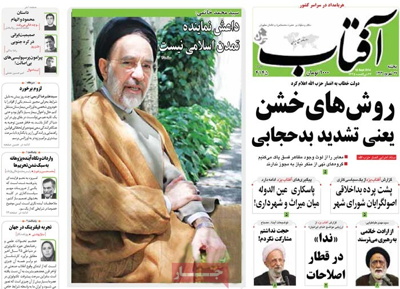 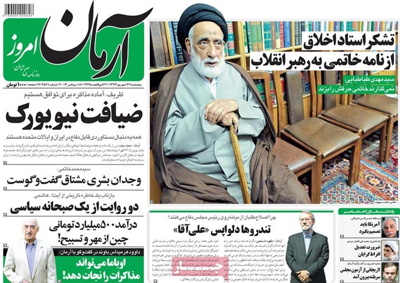 Asrar: “There has been no halt in construction of Arak reactor,” a senior project manager said.

Asrar: “Iranian tea growers are in a bad condition,” the head of the State Tea Organization said.

Asrar: “Terrorism lies in wait outside the borders of countries,” President Rouhani tells the Azeri minister of economy and industry. 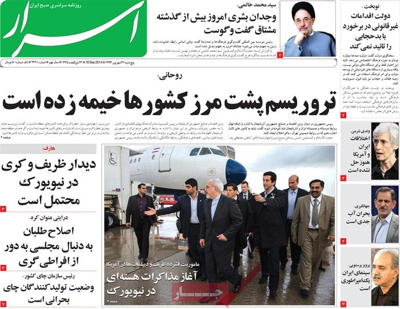 Ebtekar: Recent recollections by the Chairman of the Expediency Council of a meeting that dated back to before the victory of the Islamic Revolution have stirred up a controversy. In his comments, Hashemi took a jab at a person, he did not name, for his failure to support the revolutionary struggle against the Shah. Now Ayatollah Mesbah Yazdi and one of his students say those comments are not true.

Ebtekar: The government spokesman has put an end to speculations that the president might opt not to attend the General Assembly of the United Nations in New York. “Details of the president’s trip to New York will be released shortly.” 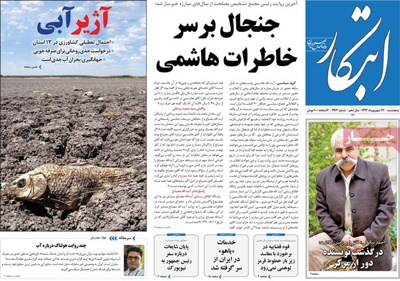 Etemad: “President Rouhani will travel to New York, but there are no plans for a meeting between him and President Obama,” the Iranian government spokesman said. 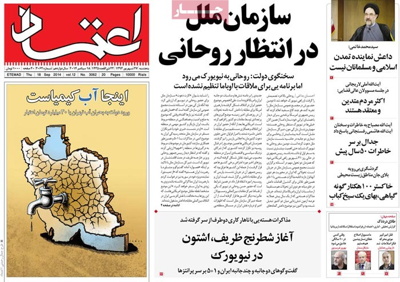 Ettela’at: “The president and his cabinet urge the public to consume less water.” 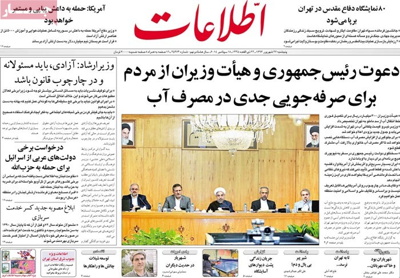 Farhikhtegan: “Islamic Azad University has suffered almost $250 million in losses as a result of stalled projects under the previous management,” Mohsen Hashemi said. 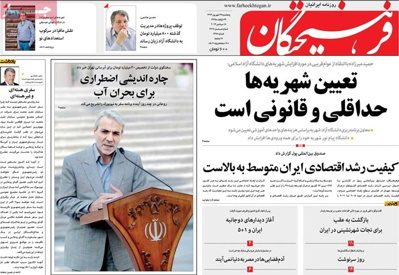