A look at Iranian newspaper front pages on Oct. 1

IFP took a look at front pages of 15 dailies.

Iranian newspapers on October 1st hailed the strong showing of Iranian athletes in the Asian Games which makes the likelihood of Iran claiming the fourth spot in the overall standings of the event all the more stronger. Remarks by President Hassan Rouhani that “Blind sanctions should be removed” were at the center of another story which dominated the front pages of a handful of newspapers. Also under the spotlight was the announcement by officials that [compulsory] military service in Iran will increase to 24 months.

Afkar: “The Chinese president is to make a trip to Iran,” is the daily’s top pick on its front page. 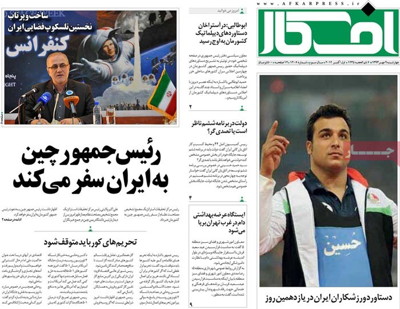 Arman-e Emrooz: “7,000-billion-toman rent-seeking in the previous government”, the daily wrote, quoting the head of parliament’s Economic Committee as saying that three foreign exchange brokers earned the staggering amount in collaboration with the Central Bank of Iran.

Arman-e Emrooz: “[Former President] Ahmadinejad should have been impeached,” is a headline in the daily quoting Sadegh Zibakalam, a university lecturer, as arguing that part of Ahmadinejad’s policies made Iran distance itself from the rest of the world, something which, as he put it, has caused huge economic and political losses for Iran.

Arman-e Emrooz features an exclusive interview with Jafar Towfighi, a former senior advisor to the science minister, citing him as saying that opponents of President Rouhani’s administration are resorting to the 2009 postelection developments to turn up the heat against Rouhani. 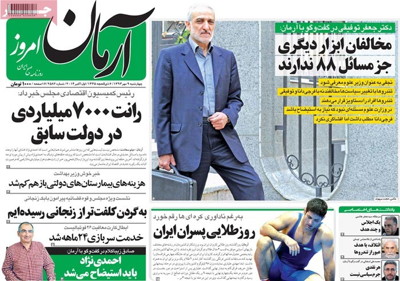 Asia: “Iran to stop car imports from South Korea, Germany and Japan,” reads a headline on the daily’s front page, bringing under focus such brands as Hyundai, KIA, Honda, Mitsubishi and Mercedes. 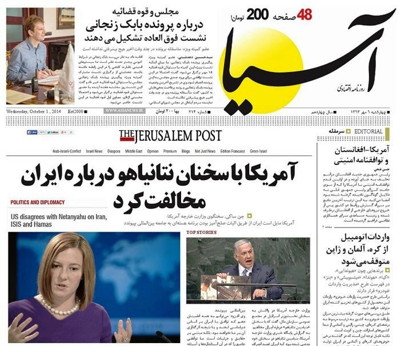 Asr-e Iranian: “Iran is not willing to take the place of Russia in exporting gas to Europe,” said President Rouhani in an interview with a Russian TV channel. 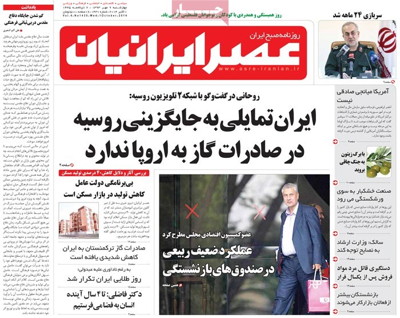 Asrar: “If the other party shows courage, a final nuclear agreement would be inked,” President Hassan Rouhani said. 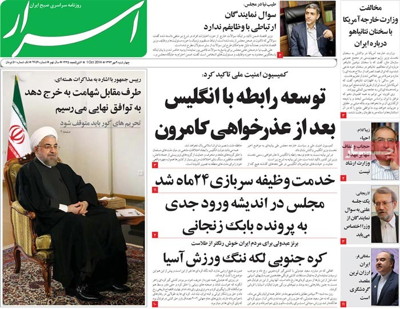 Ebtekar reports that six Iranian filmmakers have formed a campaign to call for public support for a final [nuclear] agreement with the West, arguing that nothing is worse than ‘no agreement’ in the talks.

Ebtekar: “Mohammad Ali Najafi is to be named as the minister of science, research and technology.” He is currently serving as the acting minister. 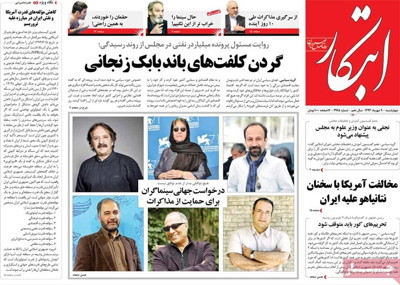 Eghtesad-e Pooya: “The financial discipline which is in place in the Oil Ministry is the achievement that the Cabinet of Prudence and Hope has pulled off,” said the director of the National Iranian Gas Company. 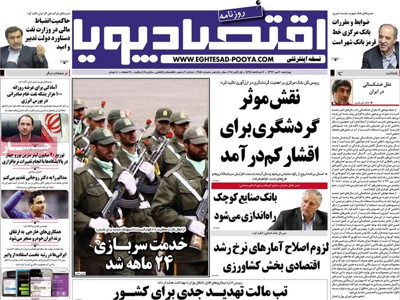 Ettela’at quotes the economy minister as saying that the wheels of production are spinning. 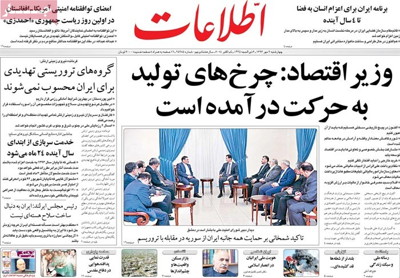 Hamshahri runs a number of interviews with some MPs who have stressed that the government should pay enough attention to other sectors and not hinge the country’s fate only on the results of nuclear talks. 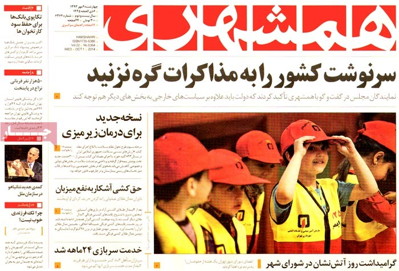 Hemayat reports on the facilitation of trade transactions between Iran and Russia and puts “Euro and dollar are to be replaced by ruble in Iran-Russia trade” on its front page. 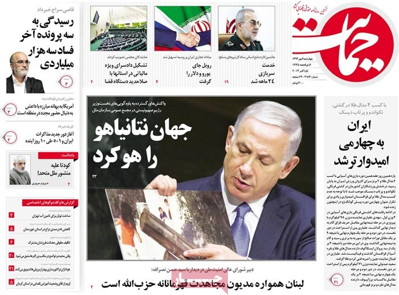 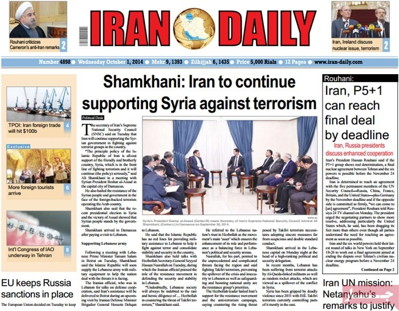 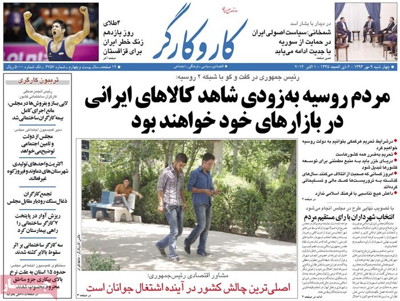 Rah-e Mardom: The health minister says fees patients are paying for admission to public hospitals will drop again as of October 5. 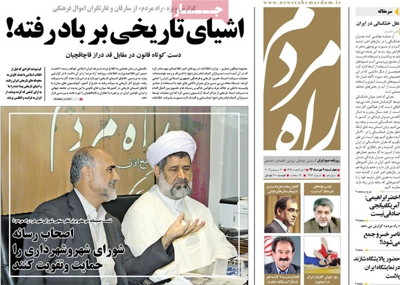 Tafahom:“Iran’s has climbed14 notches in the world as far as the tourism industry is concerned.” 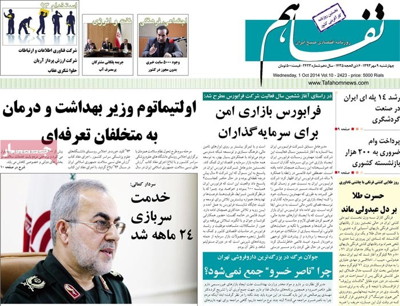 Vatan-e Emrooz puts “New aspects of Zarif-Gate” on its front page, saying that the release of a video in which the foreign minister confides in members of the US Council on Foreign Relations has raised concerns over loyalty to Iran’s national interests in nuclear talks. 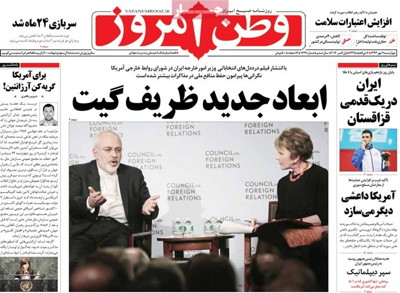