Iran negotiator: Good progress made in Vienna on sanctions removal 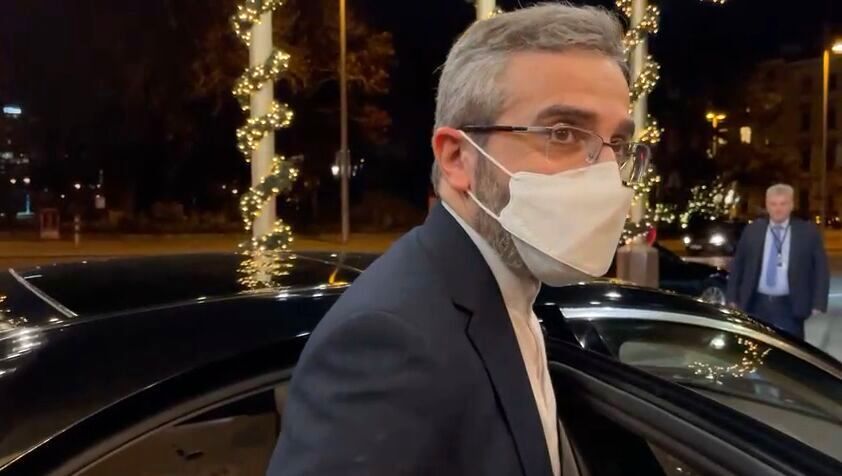 The main focus of the eighth round of talks has been on lifting sanctions, Ali Bagheri Kani said on Thursday afternoon as delegations prepared to go back to their countries for a New Year break before they return to Vienna on January 3.

He expressed hope that after the break, the issue of lifting sanctions will be pursued by different parties more seriously.

Dialogue and interactions between the Iranian side and the other side continued in several areas, including several verification sessions; both with the JCPOA Joint Commission coordinator and the European side, Bagheri said about the eighth round of talks which began on Monday.

Differences between the parties involved in the negotiations in the Austrian capital seem to be diminishing, with hopes of reaching a final agreement increasing.

The Islamic Republic of Iran has emphasized that if the other parties continue the negotiations in good faith, a good agreement is within reach.

“We believe that if the other sides continue the talks, which have just started in this phase, with goodwill, it will be possible for all parties to reach a good agreement and we can realize this goal,” Iranian Foreign Minister Hossein Amir Abdollahian said earlier this week.

The current negotiations are the eighth round of talks this year between Iran and the P4+1 group namely Russia, China, Britain, France and Germany.

They are trying to find a way to remove sanctions against Iran and allow the United States to return to the 2015 nuclear deal.

Tehran insists that the U.S., which unilaterally withdrew from the deal in 2018, must remove sanctions in a verifiable manner and provide credible guarantees that it will not abandon the JCPOA again if it wants to return to the deal.