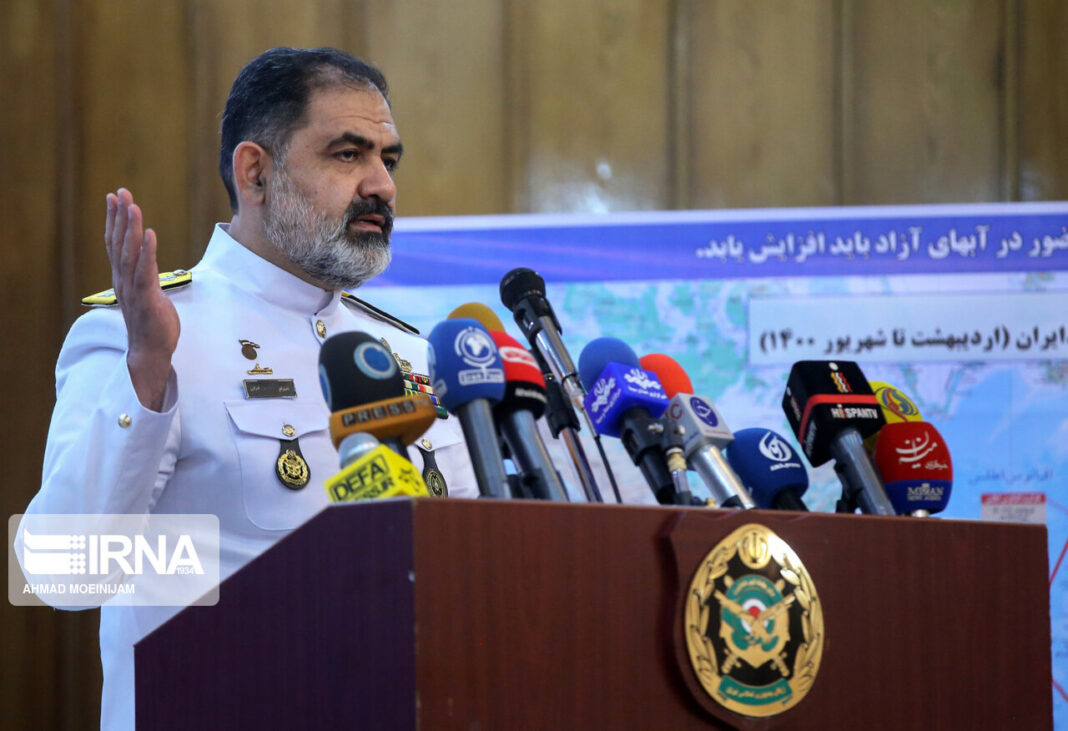 Iran’s navy force will unveil its most modern maritime equipment in the very near future in line with meeting the domestic demands and thwarting the threats against the country, Navy Commander Rear Admiral Shahram Irani says.

Iran has the highest capability and potential, equipped with the most modern technology in the field of operation, submarines and heavy- and light-destroyers in different classes, Irani stated.

Today, lifting or imposing sanctions in the military field has no value for Iranian people, the Iran’s army navy force commander said.

Speaking in a news conference on the occasion of Iran’s Army navy Day on Saturday, Irani pointed to the salient achievements of navy Force of the country and said that Iran’s navy Force is shining like a gem in the Persian Gulf region.

7th of Azar (Nov. 27) shows the bravery and self-sacrifice of Iranian soldiers and combatants who managed to cut the malicious hands of enemies in a tough condition and unequal war during the eight years of Sacred Defense (Iraqi imposed war against Iran in 1980-1988).

In response to a question on the impacts of sanctions on defense industries, Iran’s top navy commander noted that, benefitted from high potentials and capabilities, sanctions imposed against the country have not had any impact on Iran’s navy force.

He then pointed to the joint Zolfaghar-1400 drill recently held in the country and added that Iran’s navy managed to gain salient achievements in the drill in maritime sector successfully.

Stating that navy Force is an equipment-oriented, scientific-, political-, military- and international force, Irani stressed, “Accordingly, Iran’s navy force will unveil most modern maritime equipment in the very near future in line with meeting the domestic demands and thwarting the future threats against the country.”

Irani said the navy is designing a new class of heavy submarine, called “Be’sat”, adding the construction of the new submarine will begin soon.

Highlighting the navy’s success in combating threats to Iranian vessels, the commander stressed the security of the trade ships has been provided a hundred percent.

Vowing Iran’s continued strong presence in international waters, the commander noted Iran has maintained its naval equipment updated and seeks to develop new gear and increase the number of vessels.