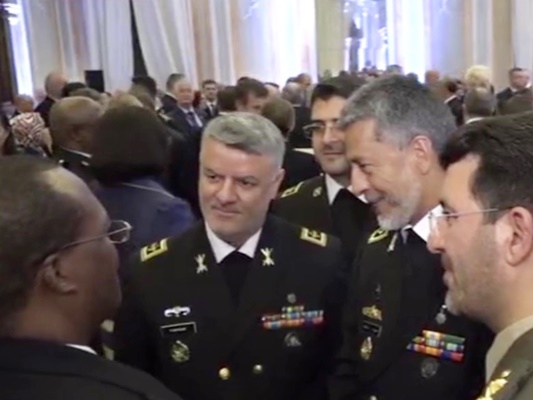 Iran’s Navy Commander Rear Admiral Habbibollah Sayyari, who is in Italy to attend the Regional Seapower Symposium (RSS), has held talks with a number of his counterparts from European and regional states.

During these talks, the sides exchanged views on development of relations between the navies of their countries and the Islamic Republic of Iran’s Navy.

Sayyari arrived in the Italian city of Venice on Tuesday morning as the special guest of the 11th edition of Regional Seapower Symposium of the Mediterranean and Black Sea Countries, commonly known as RSS.

The event was kicked off Tuesday, October 17, and will be underway until October 20 in Venice.