Iran: Missile tests are legitimate measures to boost defense might 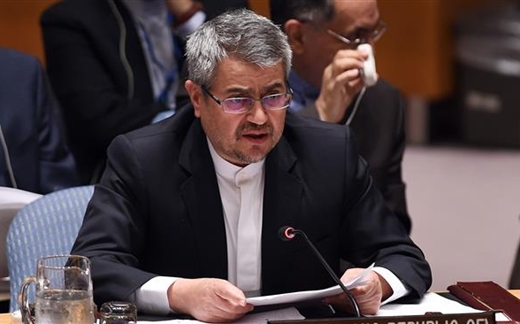 Permanent Representative and Ambassador to the United Nations Gholamali Khoshroo said on Friday that Iran's recent ballistic missile tests were part of ongoing efforts of the armed forces to strengthen the country's legitimate defense capabilities.

Khoshroo made the statements in a letter to UN Secretary General Ban Ki-moon after recent missile-test launches by the Iranian military forces rejecting a campaign of disinformation as well as efforts to misinterpret Security Council resolution 2231 that followed.

He stressed that Iran’s missile test launches were aimed to exercise the right to self-defense in the case of any armed attack.

‘Iran, as a country living in the most unstable and volatile region of the world, is fully entitled to build a credible conventional capability to deter and defend against any aggression,’ the letter said.

‘For decades, Islamic Republic of Iran has been under threat of use of force by the United States and the Israeli regime in flagrant violation of Article 2 (4) of the UN Charter.’

Last year, the Israeli regime even took military threat against Iran to its extreme when Moshe Yaalon, the defense minister of this regime, threatened to use nuclear bomb against Iran, Khoshroo said.

‘We expect the Council to live up to its Charter responsibility of maintaining international peace and security and address the threats to use force against a UN member state,’ the envoy said.