Iran May Leave JCPOA If People Want So: FM Zarif 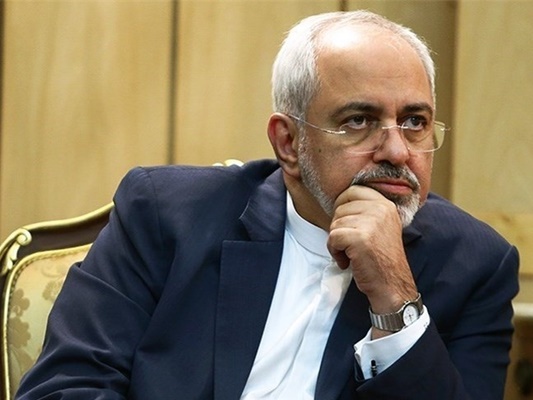 Iranian Foreign Minister Mohammad Javad Zarif says the Islamic Republic will withdraw from the Iran nuclear deal if the majority of the public calls for that.

In response to a question on how long Iran will remain in the 2015 nuclear deal under the current circumstances, Zarif said, “That depends on the will of the Iranian nation. There was a vocal minority that was against the deal. But when people become even angrier, it could soon be a majority.”

“Still, according to one survey, 51 percent of people support us in staying in the agreement. But we cannot rule against the will of the people,” he noted.

He made the remarks in an interview with the Swiss newspaper Basler Zeitungpublished in German on Friday.

Minister Zarif, you demand that Europeans should do more to preserve the nuclear agreement. There is now INSTEX, the financial mechanism designed to allow European companies to trade with Iran. What else do you ask for?

When the US withdrew from the nuclear agreement, the other states entered into a series of commitments, which included twelve points. This financial mechanism is not one of them; it is only a prerequisite for the implementation of the promises. The nuclear agreement provides for the normalization of economic relations. A barter trading system like INSTEX is not normalization – it’s rather the opposite.

But the only viable way.

We are ready to live with it, because we do not want to ask too much from the partners in Europe. But INSTEX is firstly not yet in operation, secondly the construction took nine months. And third, there must be money in there – money will only be there when there is trade, oil deals, and investment in Iran. That’s what’s needed.

Can you figure that out? Iran’s oil exports have dropped from 2.5 million barrels a day to just over a million. Is that enough in the long term?

No, it is not, that is less than we sold before the nuclear deal, when there were still UN sanctions. But now the US is pushing hard and everyone is buckling. European companies have left Iran. Beautiful words are not enough in the long run.

How long will your country remain under the agreement under these conditions?

That depends on the will of the population. There was a vocal minority that was against the deal. But when people become even angrier, it could soon be a majority. Still, according to one survey, 51 percent of people support us in staying with the agreement. But we cannot rule against the will of the people.

Many Iranians blame the government for 40 years of mismanagement, even though they say the sanctions have played a role.

Last year, we had 8 percent growth, despite 40 years of mismanagement. Why are we going down now? Because of the sanctions! Otherwise nothing has changed. Mismanagement and structural problems of the economy in Iran are nothing new.

US exemptions for oil purchases from Iran will expire in May. If they are not renewed, is that the end of the deal?

I do not believe that these permits were issued out of respect for Iran or the agreement, but because of the US’ assessment of the oil market. The US will show no consideration for Europe’s concerns. The international community must decide whether it is in their interest to let the US go through its illegal dictates. Europeans must ask themselves: if they allow this precedent, what will they do if the US demands an end to trade with China?

When the US imposed sanctions, the Iranian government said it was unrealistic to exclude Iran from the oil market because of the market’s capacity. Will it be that different now, if Iran only exports one million barrels?

That’s still the case. But if all our customers decide to bow to the US pressure, we have other means.

I will not say that. Trump loves the element of surprise, so we’ll entertain him!

But are there enough business partners outside Europe?

At the moment our entire business is outside Europe. At present, Europe does not buy oil from us, it fulfills the sanctions dutifully.

You have blamed the crisis in Iran on the sanctions. How stable is the country?

Iran is very stable because we do not rely on external forces. Our stability comes from the inside. But people are suffering. Hardly any expert expected so many people to hit the streets on the 40th anniversary of the revolution. They could have vacationed, but they showed their support.

But there are always protests and demands that the government should spend the money not in Syria, but at home to improve the living conditions.

There is a part of our population that does not agree with our foreign policy; they can express this on the street or in newspaper articles. But a survey – and we did not do it, the University of Maryland did – shows that the overwhelming majority believe our policies in Syria and the region are essential to our national security.

The official justification for Iran’s presence in Syria is the fight against terrorism and that the Syrian government has issued an invitation.

That is not the official justification; that is the only reason.

The fight against terrorism is coming to an end.

No, it is not. Idlib is mostly occupied by the Nusra Front, while in the vicinity of Deir ez-Zor there are still terrorists of the ISIS, even in Iraq. The terrorists have put on a different mask; they have gone home and are waiting for a favourable moment to emerge again. We have to be careful. If Syria and Iraq do not need us anymore, this will be the end of our presence.

You have recently been in Sochi for consultations with Russia and Turkey on the situation in Syria. Has a military approach in Idlib become inevitable?

We are moving in this direction. We never wanted a military action, but worked hard to avoid it because we know that any military action in Idlib is a disaster. But other approaches have failed, and larger parts than ever before are controlled by Nusra.

There are military incidents on the Golan Heights and an increasingly violent conflict between Israeli forces and Iranian units in Syria. Do you see the danger that this will turn into a war?

There is adventurism on the part of Israel, and adventurism is always dangerous. We are in Syria at the invitation of the government. Israel violates Lebanese and Syrian airspaces and international law. If there is any reason for concern, that is over Israel’s behaviour.

Do you see a direct military confrontation with Israel coming?

I do not, but we cannot exclude the possibility.

Are there any red lines whose violation would result in a massive reaction from your country?

We will protect our staff.

Is the status quo on the Golan acceptable?

No it is not. But that’s not our business, it’s Syrians’. We do not tell our friends what their foreign policy should look like.

Would you support changing the status quo there?

We cannot talk about hypothetical issues without the Syrian government having decided what it wants to do. Our presence in Syria serves to combat terrorism.