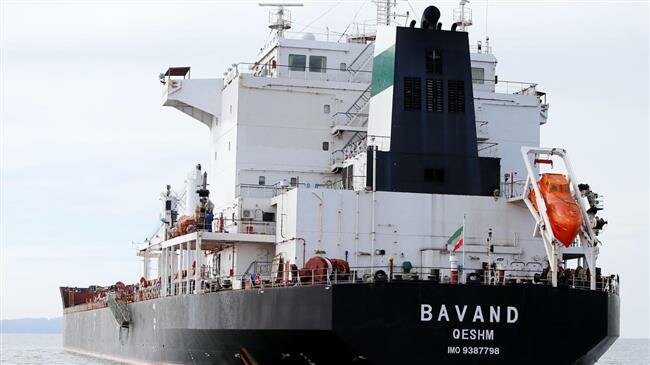 Iran has asked Brazil to allow refueling of Iranian ships or have Tehran cancel imports worth about $2 billion a year from the Latin American country.

At least two Iranian ships are reportedly stranded off the Brazilian coast because state oil company Petrobras is refusing fuel to them.

President Jair Bolsonaro said on Friday the Brazilian government has been alerting local companies about the extent of US sanctions on Iran, while he is working to forge a very close relationship with the United States.

“I, particularly, am getting close to Trump, I was received twice by him. It is the No. 1 economy in the world, our second-largest market, and now Brazil has its arms open to do deals and partnerships,” Bolsonaro said.

His remarks came as two Iranian vessels, one reportedly loaded with corn, were stranded at the port of Paranagua, unable to head back to Iran due to lack of fuel.

Iran is one of the largest grain importers from Brazil and the complication with the Iranian ships is already worrying Brazilian traders about the broader impact on trade with the Islamic Republic.

On Tuesday, Iran’s Ambassador in Brasilia Seyed Ali Saghaeyan told Brazilian officials that Tehran could easily find new suppliers of corn, soybeans and meat if the South American country refused to permit the refueling of the vessels.

“I told the Brazilians that they should solve the issue, not the Iranians,” Saghaeyan said in an interview at the Iranian Embassy in Brasilia.

“If it’s not solved, maybe the authorities in Tehran may want to take some decision because this is a free market and other countries are available,” he added.

Saghaeyan said Iran was considering sending fuel to the stranded ships, even though it would take longer and prove costly. He has requested a meeting with Brazil’s foreign minister, Ernesto Araujo, but has yet to receive an answer.

Petrobras has said the ships, Bavand and Termeh which had brought urea to Brazil, appeared on a list of US sanctions. The company says there are other fuel companies that can supply the Iranian ships, but it has an effective monopoly on refueling services at Brazilian ports.

Brazil has emerged as a new destination for petrochemical shipments from Iran which is tapping new markets to compensate for sliding oil sales.

Brazil and Iran have a long history of good relations, but President Bolsonaro’s infatuation with US President Donald Trump and his push to forge close relations with Israel have creating hiccups in maintaining constructive cooperation.

Dubbed as “Trump of the Tropics”, Bolsonaro’s proposal to move Brazil’s embassy to Jerusalem al-Quds has angered the Muslim world.

While senior Brazilian officials have backed away from the plan, the idea threatens to damage ties with Muslim countries and jeopardize billions of dollars in Brazilian halal meat exports.

In April, Brazil opened a new trade mission to Israel during Bolsonaro’s visit to Jerusalem al-Quds, prompting the Palestinians to consider recalling their ambassador in Brasilia.

Bolsonaro said on Friday his government sides with the US on its policy toward Iran which has come under the most draconian sanctions ever after Trump pulled out of the 2015 nuclear deal with Tehran.

Saghaeyan said, “Independent and big countries like Brazil and Iran should work together without interference from any third party or country.”