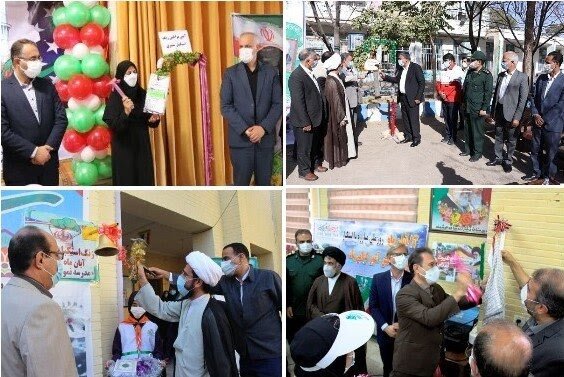 Schools across Iran have marked the National Day of Fight Against Arrogance by holding the symbolic ceremony of ringing the bell.

The ceremony was aired live on Shad Channel, an educational online channel for Iranian students and teachers.

Tomorrow, November 4, marks the Day of Student in Iran, and since the occasion falls on Thursday this year, authorities decided to hold the ceremony on Wednesday.  The occasion is observed each year and a rally is held outside the former US embassy in Tehran which is notoriously called the Den of Espionage in Iran.

The Commander of the Islamic Revolution Guards Corps General Hossein Salami will address crowds participating in the rally. This year’s slogan for the Day of Fight Against Arrogance is “The Resistance and Perseverance of the Iranian People: Key to the Decline of the US’s Arrogance”.