Iran Marks Anniversary of Taliban Terror Attack against Its Diplomats 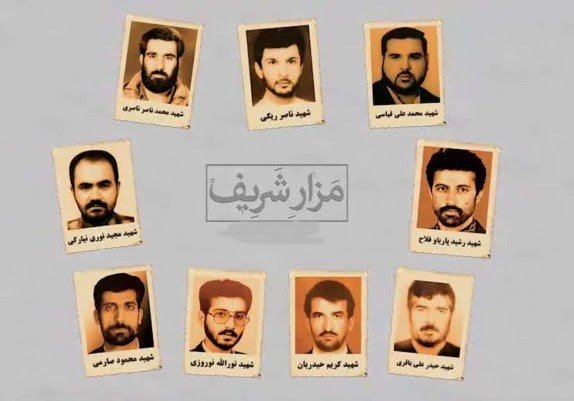 The Foreign Ministry of the Islamic Republic of Iran has released a statement to mark the anniversary of the terrorist attack against Iranian diplomats and reporter in Afghanistan's Mazar-i-Sharif.

August 8 marks one of the most bitter days for the diplomatic arm of the Islamic Republic of Iran.

23 years ago, on such a day, Iranian diplomats and an Iranian reporter were martyred at the country’s consulate general in the Afghan city of Mazar-i-Sharif, in an act of cowardice and in violation of commitments made to Tehran as well as international regulations and treaties and the human and Islamic common sense.

International condolence and empathy with the people and government of Iran, following the terrorist incident, and specially the message of condolence from the oppressed people of Afghanistan, who were themselves victims to blind terror, was a fresh dazzling show of deep ties between the peoples of the two countries of Iran and Afghanistan.

These are the ties, which in the midst of unjust wars and suffering of the oppressed people of Afghanistan, led to the reciprocal support of the people of Iran for their subjugated Afghan brothers and sisters.

Deep and true ties between the Iranian and Afghan nations leave the two sides with no better choice than taking up constructive approaches with an eye on ensuring the interests of both countries.

The people and the government of the Islamic Republic of Iran, just as in the past, are standing alongside their brothers and sisters in Afghanistan and support any solution that helps end more than four decades of baleful and devastating war and protects the achievements of the people of Afghanistan, which are the fruit of the bloods of thousands of martyrs.

The Islamic Republic of Iran honours the memory of the martyrs of this incident and, once more, strongly condemns the executed act of terrorism.
Tehran also pledges to pursue the issue as an obvious demand of the Iranian government and nation until the hidden aspects of the incident come to light.

In the end, Iran invites all parties to the war in Afghanistan to end their conflict and fratricide and look for a settlement through negotiations and expresses its readiness to continue to facilitate and host these talks.