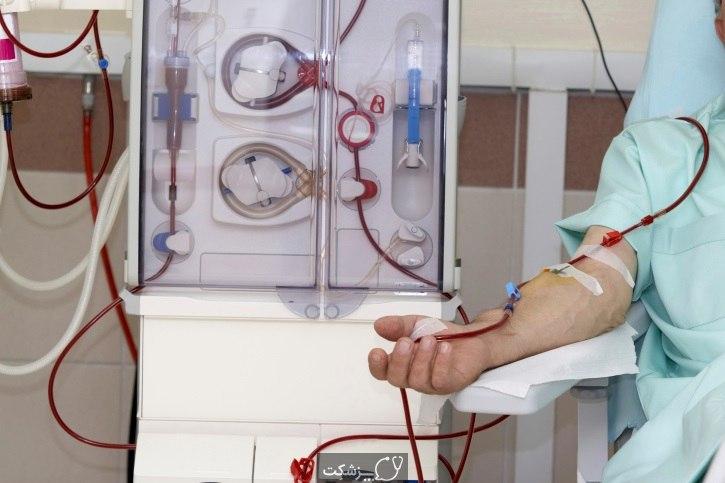 An Iranian Knowledge-based company, which is a member of the Iranian Consortium of Dialysis or the ICD Group, has been able to manufacture machinery and products used for dialysis patients at a much lower cost than foreign samples.

Iranian Consortium of Dialysis started its job 66 years ago with more than 1,000 staff. The company is working on products used for dialysis patients whose kidney efficacy is below 10%. Using alternative methods it helps improve kidney function. It is a hemodialysis procedure where the patient’s blood is pumped out of the body to be filtered.

This is done by stationary machinery and disposable products that Novatis has both production lines. The company, with its specialised personnel and a large production line, has been able to produce three flagship products. One of them is the dialysis water purifier, which is the only company in Iran that produces this product. Navatis manufactures products in the field of water treatment as well.

The second product is the dialysis filter, which was first produced in Iran and has been exported to other countries. It has made Iran one of the first countries in the world that have an automated production line. The third case is a hemodialysis machine that has been operating for four years.

Previously, some jobs had been carried out in this field in Iran and elsewhere, but the production of dialysis machines with modern technology has been a tough job. For example, if there are four big companies in the world, Novatis has competed with them. Even though they have 100 to150 years of experience, Novatis has produced this machine in just a few years.

This machine is currently undergoing tests and is being sent to the market.

According to the company’s CEO, dialysis is currently free in Iran, but as the population grows in the future, the government will not afford the cost of dialysis and people will move on to dialysis at home. That is, to produce a super-intelligent system that can meet the needs of the patient without the presence of an operator.

According to him, due to the very good engineering expertise inside Iran, business development costs are very good and the domestic high-tech products are well priced; something about 40 to 50 percent lower than foreign samples but of the same quality and sometimes higher.

On the other hand, Novatis also has good international communications and it can provide after-sales services as well. However, due to money transfer problems in Iran, the company prefers to take raw materials from other countries and sell them knowledge and products.

The United States, Germany, Japan, Italy, China and another company in Iran have so far been able to offer these products. However, their prices are not comparable with the Novatis products.