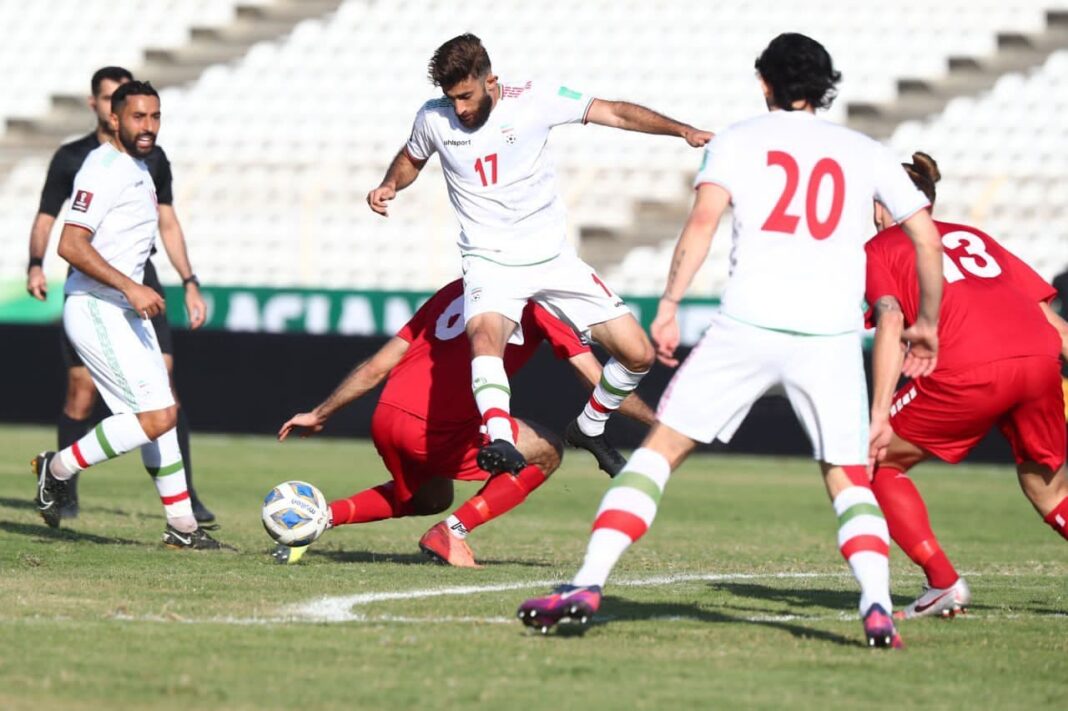 Iran's national football team have secured a dramatic win over Lebanon, retaining their position at top of Group A of the 2022 FIFA World Cup qualifiers.

Iran defeated Lebanon 2-1 at Saida Stadium on Thursday with a show of strength in the added time.

But Iran finally managed to maintain its unbeaten run with added time goals from Sardar Azmoun in the 91st minute and later Ahmad Nourollahi.

The Asian Football Confederation’s website published a report on the dramatic match hailing Iran’s last-minute comeback which guaranteed the team’s victory over Lebanon.

Iran currently lead Group A with 13 points from five games followed by South Korea.
The top two teams in each of Asia’s qualifying groups will make it to the finals in Qatar.