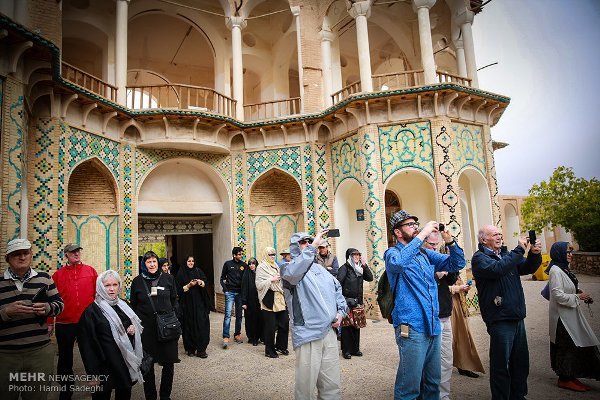 The Islamic Republic of Iran could count on tourism more than its oil revenues. However, while the country is among the world’s most attractive countries, its share of world tourism revenue is only half a percent.

Tourists bring the countries they visit extra revenues and foreign currencies, and this is the most important benefit of tourism for the host state.

Such revenue can be particularly significant for a country like Iran, which is heavily dependent on its oil and gas incomes.

According to a Farsi report by Pool News, Iranian Deputy Minister for Industries, Mines and Trade, Mojtaba Khosrowtaj, recently announced in a TV program that based on 2014 statistics, Iran ranked among the top 10 countries of the world in terms of tourist attractions, but in terms of attracting tourists the country is ranked 40th among 184 countries.

The growth of attracting tourists, however, has witnessed a rising trend in Rouhani’s first term, according to the government’s website.

Based on the figures released by the administration, by the end of March 2017, more than 6 million people visited Iran, which is three times more than 5 years ago.

Interestingly, there has been a steady increase in attraction of tourists to Iran, which, of course, has been slower in the period between 2010 and 2011. This slow pace, however, can be attributed to the start of cruel sanctions against the Islamic Republic.