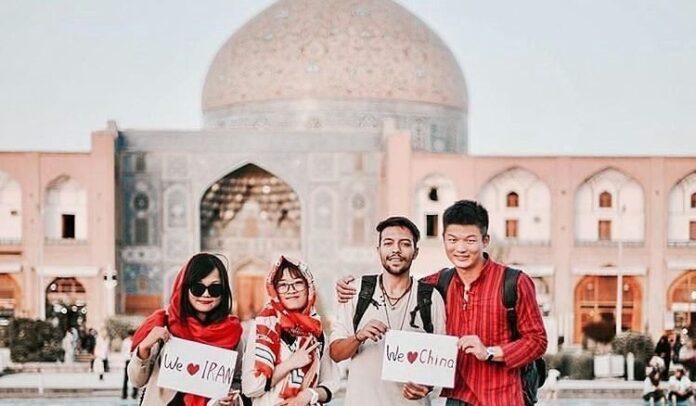 The Iranian government has decided to unilaterally lift its visa regime for Chinese nationals in a bid to boost the number of tourists visiting the country despite the global anti-Iran propaganda.

Based on a decision adopted in a Sunday cabinet session, the Iranian Foreign Ministry has been permitted to let Chinese nationals in without a visa.

The plan had been jointly proposed to the cabinet by Iran’s Cultural Heritage, Handicrafts, and Tourism Organization (ICHTO) and the Iranian Foreign Ministry back on June 23, 2019.

Earlier this month, the spokesman of Iran’s government said that the visit of foreign tourists to the country is to be eased based on an order by President Hassan Rouhani.

Ali Rabiei said on June 19 that based on the decree, the passports of foreign tourists will not be stamped upon their arrival in any of the country’s airports.

Rabiei underlined that “as the United States may put pressure and impose sanctions on these people according to the economic terrorist plans it pursues, the president ordered that the tourists’ visits are not registered in their passports.”

The government spokesman said this could bring more tourists to Iran, and people can travel to Iran without any fear. Rabiei underlined that the arrangements would soon be made at all airports.

Iran has managed to establish itself as “safe as much of Western Europe or travelers”, a recent report on global security said.

Meanwhile, Iran is among the world’s top potential tourist destinations with a variety of ancient sites, including 17 places listed by the UNESCO.

Official figures released earlier showed that over six million tourists had traveled to Iran over a period of six months starting March 2018. This was higher than the same period in 2017 by above 50 percent.