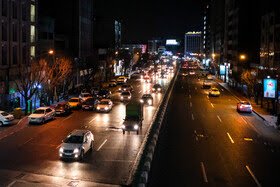 Iranian President Ebrahim Raisi has ordered authorities to lift a countrywide nighttime driving ban that was in place for over a year in most of Iran.

Meanwhile, Iran’s traffic police chief has told the IRIB that the driving ban has been lifted across the country on president’s order and drivers will not get a ticket for driving at night.

After ordering the driving ban to be removed, the Iranian president said the main concern and first priority of his administration is to protect people’s lives and that government efforts will continue until the situation returns to normal across the country.

Raisi also said it is important that authorities monitor comings and goings via borders.

He underlined the need to keep up smart surveillance and its role in containing Covid.

The nighttime driving ban had been put in place along with some other restrictions with the aim of containing the Covid pandemic in Iran.

The country has been witnessing a downward trend in Covid deaths and infections over the past few months that has been attributed to a fast vaccination campaign.  Now over 101 million doses of vaccine have been administered in Iran.