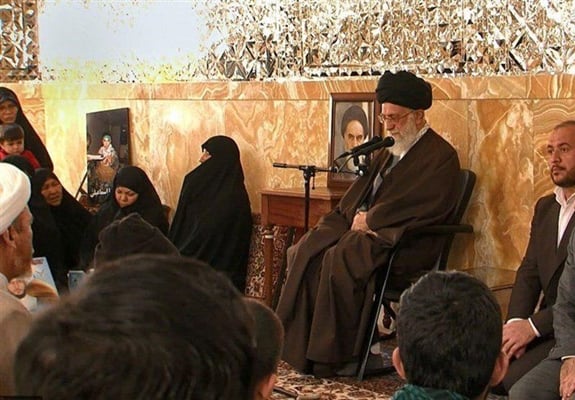 In a recent meeting with families of Afghan martyrs in the northeastern Iranian city of Mashhad, Ayatollah Khamenei said he has always lauded Afghan nationals, particularly the Hazaras.

“I had personally seen that their seminary students felt an affinity with us, and I have known them since old times,” the Leader said.

Ayatollah Khamenei praised the Afghan troops in Syria and Iraq who fought against terrorists and were martyred while defending holy shrines there against ISIS terrorists.

“We do respect your (Afghan) martyrs, and this is among the incidents what have rarely happened in the history of Islam,” the Leader said.

He noted that Afghan forces, having a feeling of religious duty, got engaged in a tough fight against terrorists, did well, and were finally martyred.