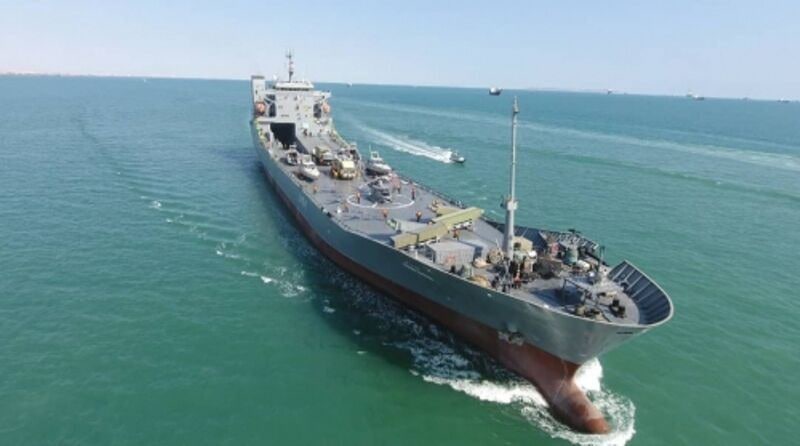 The Shahid Roudaki warship is a multi-purpose long-range vessel capable of carrying and operating different types of aircraft and unmanned aerial vehicles (UAVs) as well as missile, air defence and radar systems including the homegrown 3rd of Khordad missile defence system which was used to shoot down a US drone last year.

The 400-tonne warship is 150 metres long and 22 metres wide. It is fitted with a 3-D phased array radar system, surface-to-surface and surface-to-air missiles, a cutting-edge integrated telecommunications electronic-war and missile system, and capable of carrying domestically-developed choppers, drones and operational vessels.

The heavy combat, intelligence and logistics vessel is like a mobile marine town which, will all the necessary equipment and facilities, stands ready to carry out marine missions by ensuring lasting security along marine communications lines and assisting commercial and fishing vessels of Iran and regional countries.

With the vessel joining the IRGC’s naval fleet, the warship and its crew began their mission to make their presence felt in remote waters.