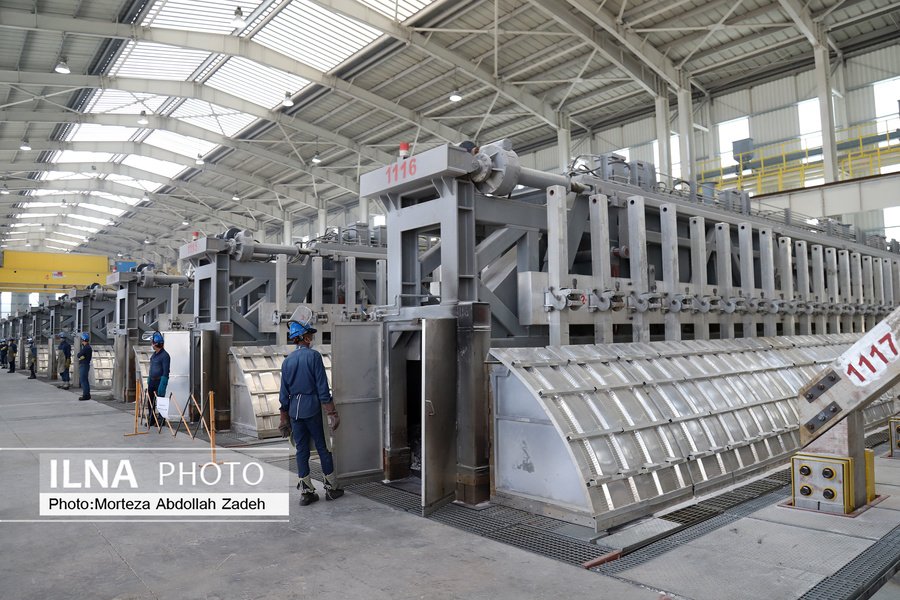 Iran’s Minister of Industry, Mining and Trade says the country has inaugurated its largest and most modern aluminum production in Lamard city of southern Fars province.

Reza Rahmani said 50 domestic and foreign companies cooperated in the construction of this unit.

He said the area of the complex is 200 hectares, which has 257 industrial halls and 240,000 square metres of constructions.

He pointed out the facilities of this complex are a complete package in the field of aluminum production with a private dock, warehouse and many services predicted for building a downstream aluminum town in the future.

“We are also following up the development of upstream industries which we had problems with,” continued Rahmani.

He called the opening of this unit a great work in this situation, reiterating that this was an unprecedented project run with the efforts and cooperation of domestic firms like IMIDRO and Ghadir.

A consortium of banks provide capital for this unit, stated Rahmani, mentioning, a series of good measures have been taken in the water, electricity and gas sectors and the treatment plant.

The project has an output capacity of 300,000 tonnes per year and was launched with an investment of around $1.2 billion.