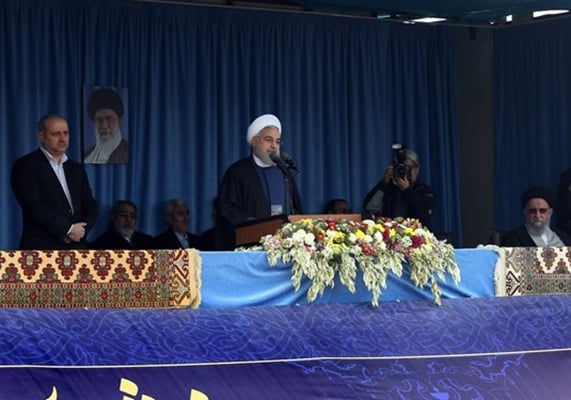 He said Payam satellite will be launched soon by an Iran-made satellite-launcher.

Rouhani made the remarks while addressing a large crowd in Golestan province. He said the Payam satellites, which is made by Amir Kabir University researchers, will go some six-hundred kilometers deep into space.

The Iranian president further mentioned that Payam is the Islamic Republic’s first operational satellite and differs from the previous models that were manufactured for research purposes. He noted that the device will help with activities such as weather forecast, agriculture, and forest protection among others.

Earlier, US Secretary of State Mike Pompeo warned Iran to scuttle its plans for satellite launches that the United States says involve technology that could be used in intercontinental ballistic missiles capable of reaching the US mainland.

“The United States will not stand by and watch the Iranian regime’s destructive policies place international stability and security at risk,” Pompeo said in a statement. “We advise the regime to reconsider these provocative launches and cease all activities related to ballistic missiles in order to avoid deeper economic and diplomatic isolation.”