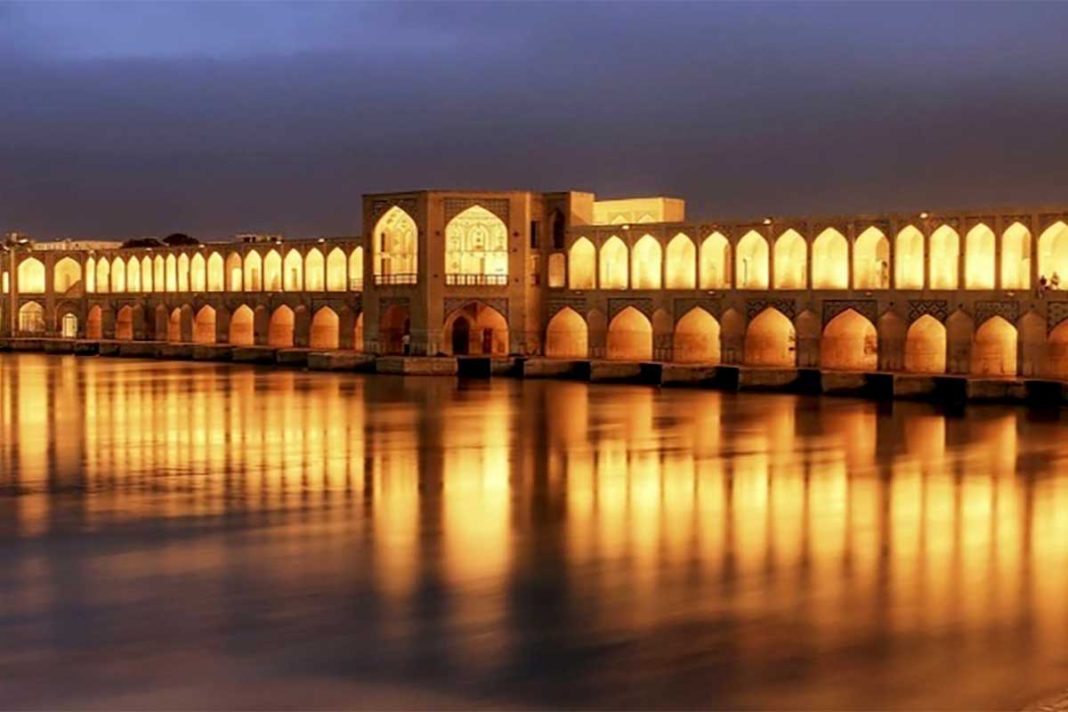 Khajou Bridge is one of the rare beauties of the Iranian city of Isfahan that passes over the Zayandehroud, Iran’s largest and most water-rich river.

From the sky, Khaju Bridge (Pole Khajoo) looks like an eagle flying over the Zayandehroud. The alcove of Pole Khajoo, which is also called Biglarbeigi, is right on the head of the eagle and has been built using extraordinary tiling and embellishments.

Interestingly, a sense of pride and dignity fills one when they sit inside the head of the eagle and watch Zayandehroud’s water passing by beneath the height.

Pole Khajoo was built in the solar year of 1030 during the reign of The Safavid king Shah Abbas in the place where Hassan Beig Bridge had been built during the Timurid Empire. 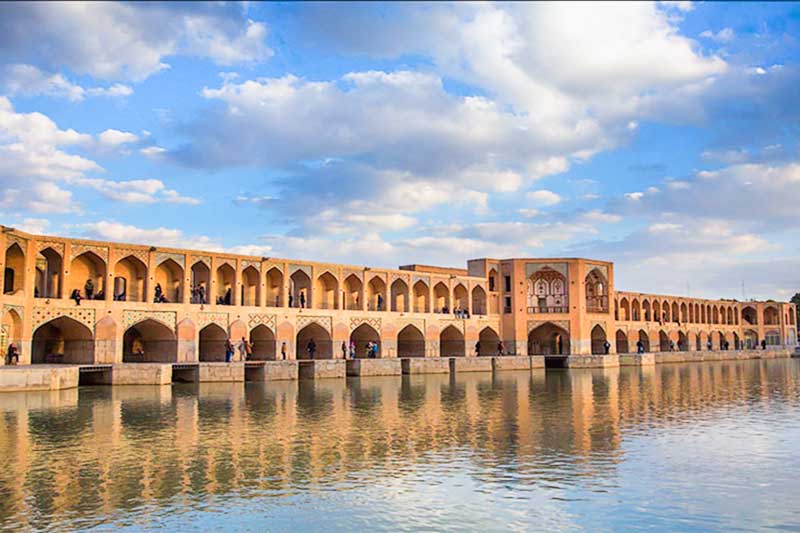 Pole Khajoo was also the resting place of Shah Abbas II’s family. Therefore, it, first and foremost, had to be purely beautiful and be filled with secrets and wonders. Secondly, it was originally called Pole Shah (Shah Bridge).

Today, however, Khajou Bridge is located in the Khaju neighborhood, hence is known by the name Pole Khajoo. 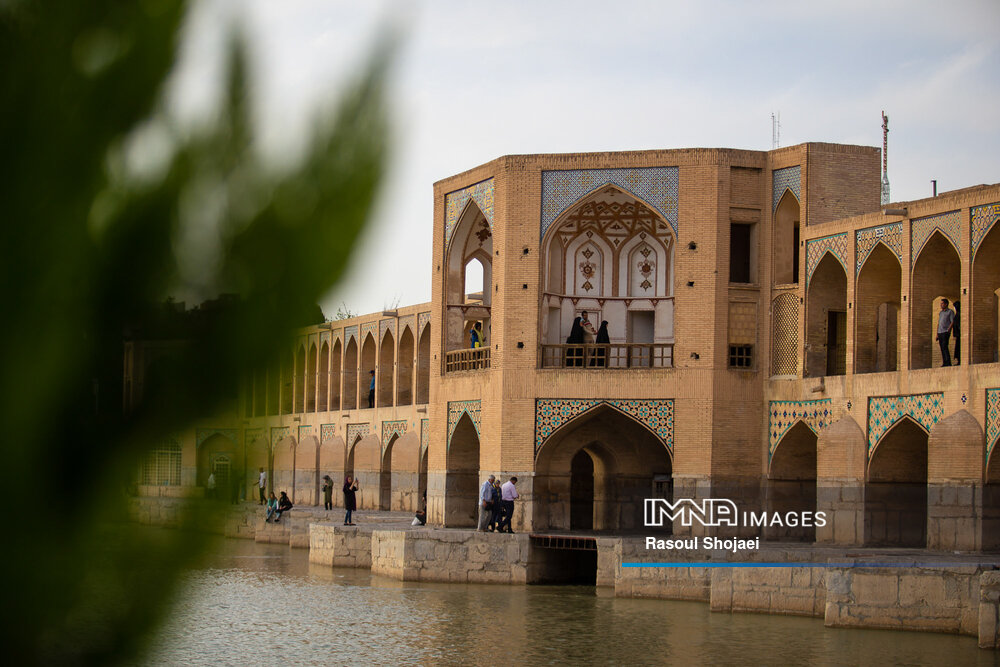 Khajou Bridge: A bridge of men

Pole Khajoo was once for men only, and no woman was allowed to cross the bridge. This can be clearly told from two symbols put on the north of Khajou Bridge.

Secrets of the entrances of Pole Khajoo

Let’s set foot in the entrances under the bridge. As you can see in the picture, the ceilings of the entrances are built in the form of semi-rhombic arches.

They are such that if two people stand facing one wing and speak softly inside these protruding edges, they will easily hear and understand each other. That’s why when people sing under the bridge, their songs sound very beautiful. 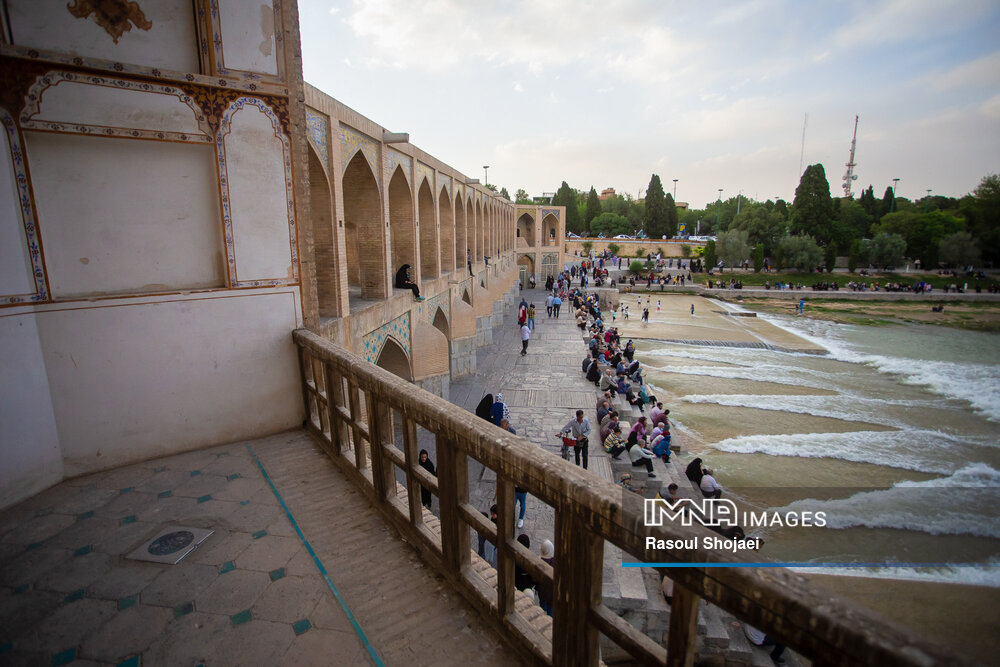 In the past, people who had nice voices would sing traditional songs beautifully on Khajou Bridge.

In fact, owners of old houses had their roofs and ceilings built in such a way that they were called spring arch.

When you move toward Pole Khajoo, you can see beautiful stone lions on both sides of the bridge, which, like guardians of history, dazzle every viewer’s eyes with their beauty. 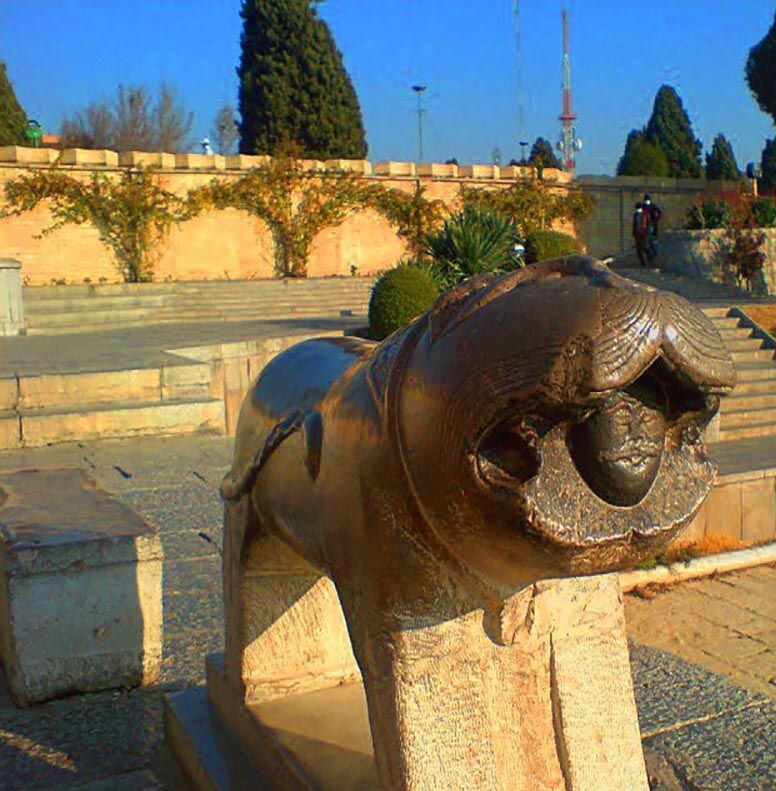 There is a special building in the middle of Pole Khajoo which is known as Biglarbeigi.

This is the alcove of the bridge and was built as a temporary residence for the Safavid king and his family. Biglarbeigi is still there today.

The ceilings of Biglarbeigi are adorned with very beautiful paintings and, in fact, Khajou Bridge is more famous than other bridges of Zayandehrood due to its unique architecture and tiling adornments. The alcove was closed to the public. 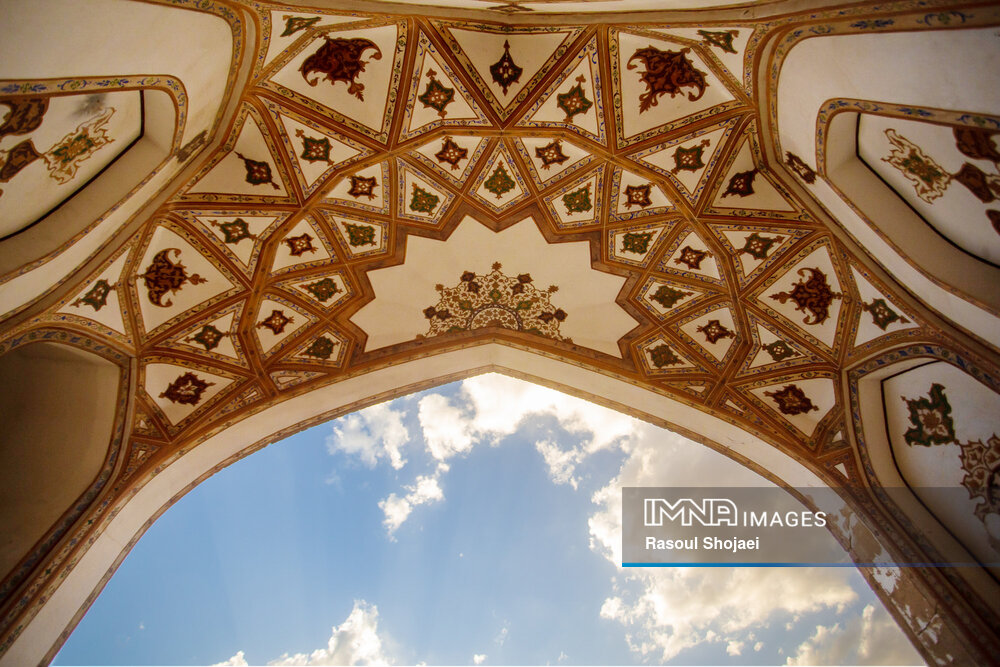 After authorities reopened lesser-seen historical monuments of Isfahan with the beginning of Nowruz 1401, Biglarbeigi was opened to the public in June of this year. People could visit the alcove until June 3.

Two chambers of Biglarbeigi have been reserved for public visiting from which people can watch a tumultuous Zayandehroud from the east and a calm one from the west. This is one of the wonders of Pole khajoo.

The following visual report from the alcove of khaju bridge was published by Imna news agency.