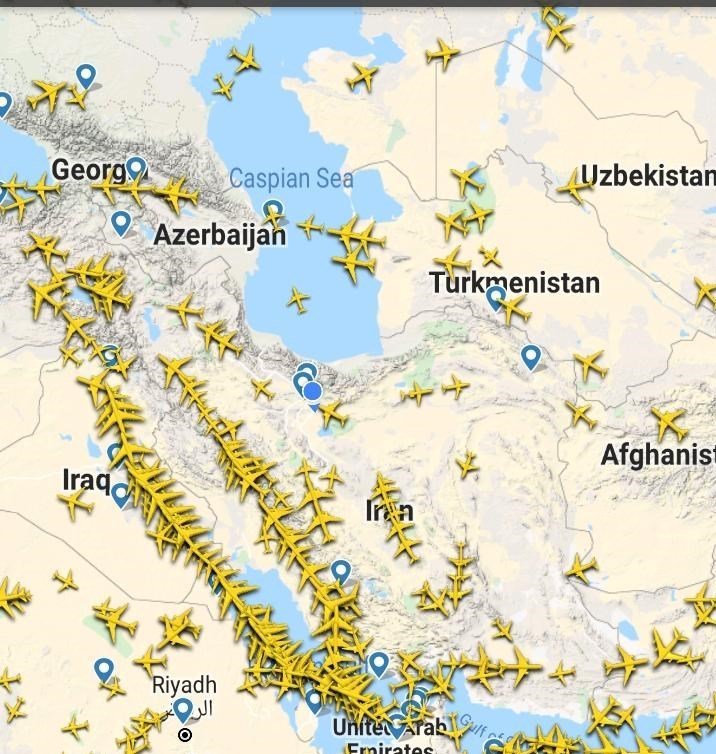 Iranian President Hassan Rouhani says some 1,400 flights pass through the skies over Iran daily, which indicates the significance of the country as a major air transit route.

The president said Iran enjoys a unique geographical position as it lies on major air, rail and road transit routes.

“Iran can link the Persian Gulf, the Sea of Oman and the Indian Ocean to our northern regions, Central Asia, Russia and Northern Europe. Again, due to its situation, Iran can link the east and west of Asia,” he said.

President Rouhani underlined that Iran is implementing various transportation projects which facilitate the transit of goods and people via Iranian soil.

“Very good measures have been adopted in the domain of road and railway construction. In the coming weeks, we will inaugurate the Khaf-Herat railroad whereby Iran’s rail network will be connected to that of Afghanistan for the first time,” he said.

“There are other very important railway projects in the offing as well, and we hope we will inaugurate most of them by the end of the tenure of the current administration,” he said.

President Rouhani also lashed out at the United States for seeking to stop transport routes from passing through Iran.

“We have been facing US officials’ cruelty over the past few years. One of the plots they hatched against the Iranian nation was to not allow the region’s key transit routes to pass through Iran.

They made a lot of efforts to achieve that end,” the president said.

“Of course, they mostly failed due to the status of Iran,” he noted.