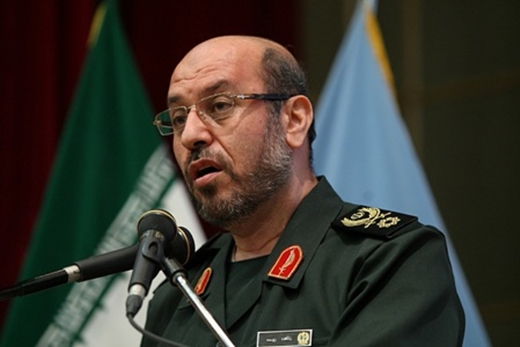 Defence Minister Brigadier-General Hossein Dehqan said on Sunday that the Islamic Republic of Iran is willing to develop balanced defence relations with the countries in the Middle East.

The ill-wishers in the US and its allies have created roadblocks for implementation of the JCPOA, said the minister.

He made the remarks in a meeting with Iranian ambassadors, diplomats and heads of representative offices overseas in a conference on ‘Joint Comprehensive Plan of Action, Economy of Resistance, Opportunities and Capabilities.’

Arrogant powers seek to dominate others by discriminatory measures and injustice toward the free and independent nations, the minister said.

The Islamic Republic of Iran should broaden its defence cooperation with different countries based on balanced and reasonable defence diplomacy, he said.

Iranian defence ministry and its armed forces are to present an exemplary model to broaden cooperation with different countries on defence, Dehqan said.

To attain the goal, the Iranian defence ministry should be in full coordination with the foreign ministry to help broaden defence cooperation with various countries in Europe, Africa, Asia and Central Asia mainly after removal of economic sanctions and implementation of the JCPOA, the minister said.