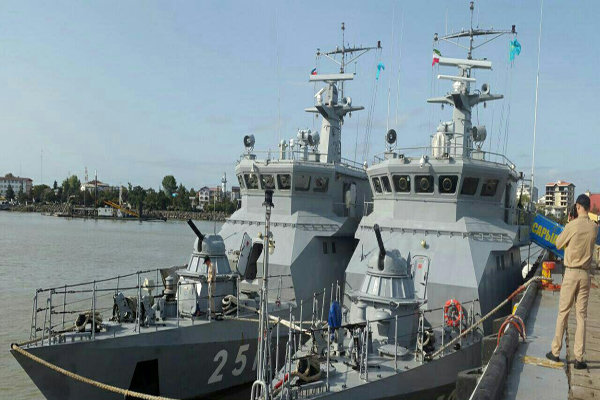 Amid the arrival of Kazakhstan’s flotilla in northern Iran, Iranian and Kazakh naval commanders underlined the importance of further engagement and continued relations based on peace and friendship in the Caspian Sea region.

The first peace and friendship flotilla from Kazakhstan docked in the Iranian port city of Anzali on Wednesday.

The flotilla comprised of Oral and Saryarka warships, under the command of Captain Bekov, arrived in Anzali Port, a report by IRNA said.

Engaging with the Caspian Sea littoral countries, especially with their Navy Forces, plus increasing the security of the sea are among the goals of Iran’s Northern Fleet, Baqeri said in the meeting.

Such visits, like dispatching flotillas to neighbouring countries, is in line with enhancing political, cultural, military and even economic engagements, with the main goal of boosting security, peace and friendship in the Caspian Sea, Admiral Baqeri added.

The Kazakh Captain, for his part, said that the visit has only one message and that is peace, friendship and sustainable security in the Caspian Sea region.

The visit by Kazakh flotilla is a response to an invitation by Iran and following a visit by Iran’s flotilla to Kazakhstan.

This is the sixth visit to the Iranian shores by flotillas form the Caspian Sea countries. Several Russian flotillas have docked in Anzali port during the past years.