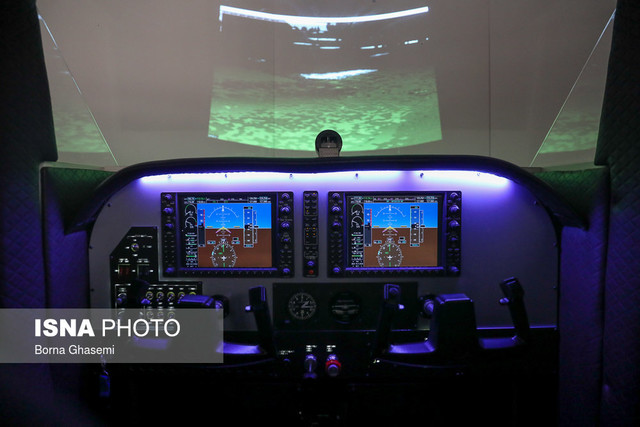 Iran has unveiled a special flight simulation instrument, turning into the sixth country in the world having such technology.

Researchers from Tarbiat Modares University of Tehran have managed to design and manufacture this special flight simulation instrument, ISNA reports.

The flight simulator was unveiled Tuesday, September 12, in the presence of Dr Vahid Ahmadi, Deputy Minister of Science and Technology at the University of Tarbiat Modares.

Mohammad Rostami, one of the researchers of this project, told reporters on the sidelines of the ceremony that the Cessna-172 is a small educational aircraft.

He said that the technology had been imported from abroad so far, adding that some air tragedies happened due to the lack of such system.

“By this project, we succeeded in localizing this device.”

“The technology has already been available to countries such as the Netherlands, France, Japan, the United States and Germany, and Iran is the sixth country having this technology,” Rostami underlined.

Rostami also stressed that before the production of this technology, there was a software system for it in the country, but its hardware was imported.

Tarbiat Modares University, within the framework of a research project, managed to design and manufacture the flight simulation instrument in two years, he added.

According to him, the use of this technology will reduce costs by as much as two-thirds.