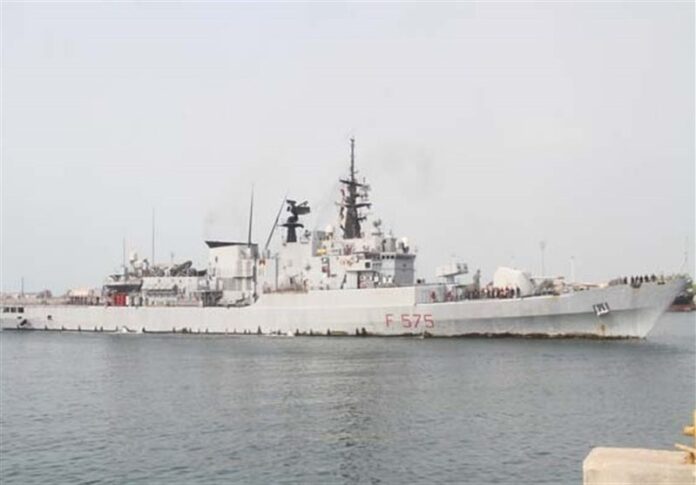 Speaking to reporters in Bandar Abbas on Monday night, Admiral Azad said the anti-submarine frigate of the Italian Navy named “Euro” docked in Bandar Abbas on Saturday and its forces have met with a number of local military and political officials.

The Italian frigate will leave Bandar Abbas on Tuesday, he said, adding that the warship accompanied with Euro chopper will hold joint military drills with the Iranian Navy’s Alvand and Alborz destroyers as well as a helicopter of the Navy in open seas.

He noted that drills are aimed at boosting military power and also the exchange of knowledge between the two countries’ navies.

Following a welcome ceremony in Bandar Abbas on Saturday, top Iranian Navy commanders and the visiting warship’s captain as well as Italy’s ambassador to Tehran and the European country’s military attaché in Iran held a meeting.

Earlier in September, a 5-strong military delegation from the Italian Army, led by Rear Admiral Roberto Chia Marcella, travelled to Iran and visited different units of the Iranian Armed Forces.

The ranking Italian official invited the Iranian Navy to send fleets to Italy as well.

Every year, Iran holds a number of joint military war games with other countries and senior Iranian military officials also make reciprocal visits to other nations.