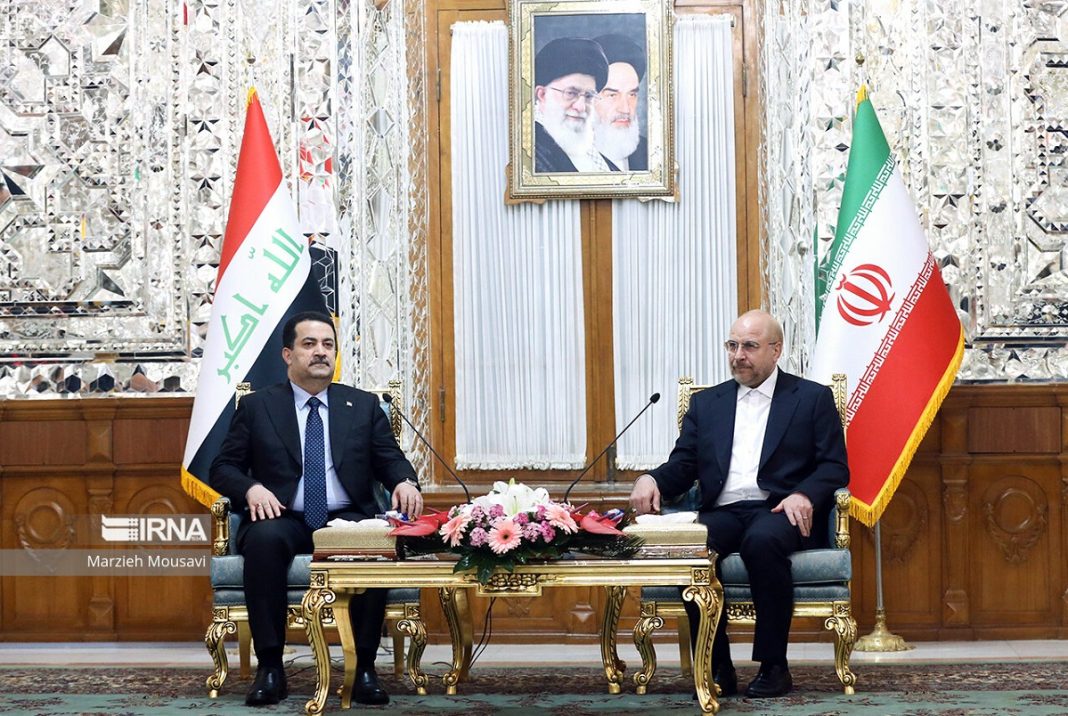 Iranian Parliament Speaker Mohammad Bagher Ghalibaf said that cooperation between Tehran and Baghdad, in addition to the booming economy, will lead to improvement of regional security.

Qalibaf in a meeting with visiting Iraqi Prime Minister Shia’ Sabbar al-Sudani and his accompanying delegation congratulating his appointment at that post, hoped that the new Iraqi government and its head’s visit to Iran will lead to broadening bilateral ties.

The parliament speaker stated that the Iranian nation and government wish to support a strong and advanced Iraq, which will be a pride for Iran.

“Iran and Iraq are two neighboring countries with deep religious, economic and cultural commonalties, and such meetings bring closer the Iranian and Iraqi nation,” he added.

Qalibaf noted that beyond doubt Iran and Iraq can among the Arabic and Islamic countries be the best model for broad and deep cooperation, but of course, the Zionist regime and the United States are both opposed to such broad bilateral cooperation.

Al-Sudani, for his part, stated that their visit which is on an invitation by the Iranian president, is a great opportunity, as Tehran and Baghdad have very deep and strong relations with historical roots, and it is our duty to further expand those relations and open new horizons for them.