Iran has signed several Memorandums of Understanding (MoUs) on medical tourism with 32 countries in a specialized conference recently held in Tehran.

Tourism Holding of Iran’s Social Security Organization (HEGTA) has signed medical tourism MoUs with the agents and representatives of 32 countries in a specialized conference held in the Iranian capital of Tehran on August 8.

According to a Farsi report by the Tejarat daily newspaper, following the signing of the MoUs, these agents were each granted a license by Iranian Minister of Cooperatives, Labour and Social Welfare Ali Rabiei, to become HEGTA’s representatives in their respective countries.

Following the holding of the confab, HEGTA officially started its activities in Iran in the field of medical tourism. Iran’s medical tourism sector is currently ready to provide medical tourists from all over the world with services in all medical and treatment fields.

Some 22 hospitals in 15 Iranian cities, Homa Hotels Group, and Iran’s Raja Rail Transportation Company are all playing a role in the development of the country’s medical tourism industry by providing services in this field.

Addressing the conference, Rabiei said more than 120,000 jobs are expected to be created in domestic tourism sector in the current Iranian year (to end mid-March 2018).

He added the sector can play a significant role in boosting employment in Iran.

“In 2015, the number of medical tourists across the world stood at six million.”

He added few countries worldwide have the same level in medical science as Iran has. 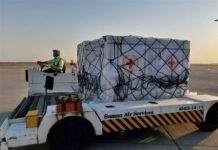