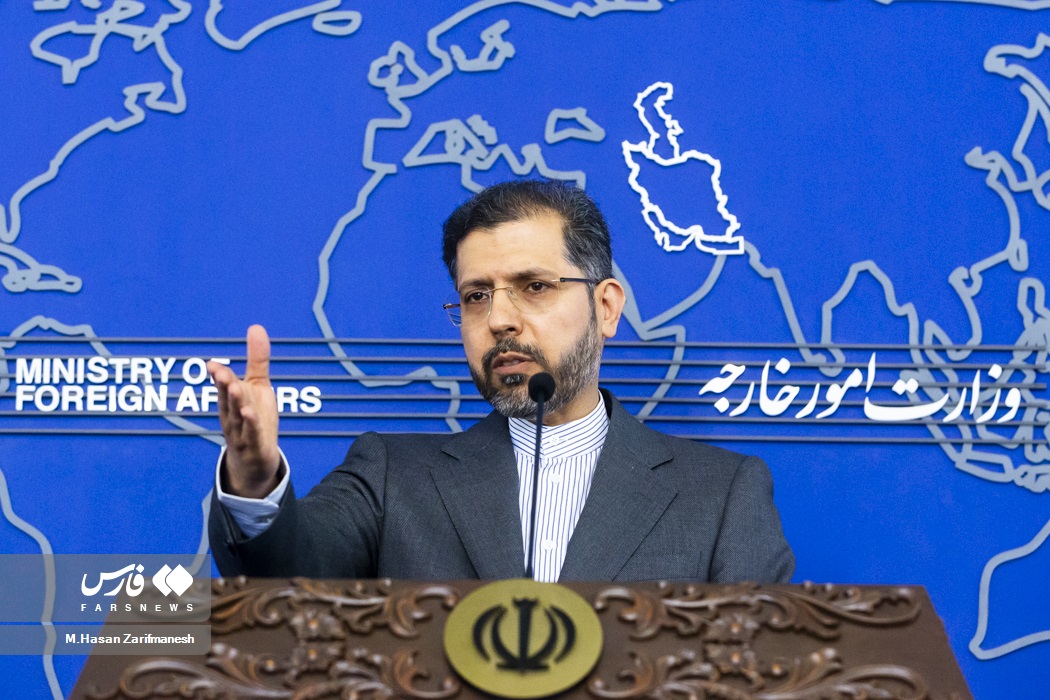 Iran’s Foreign Ministry Spokesman says the Monday report by the International Atomic Energy Agency on Iran does not reflect the reality of its talks with Tehran.

Saeed Khatibzadeh says the report is identical to the one IAEA Director General Rafael Grossi hastily delivered to the European Parliament, before the third round of negotiations with Iran.

He said the same haste is also seen in the latest report, which he dismissed as “unfair”.

Khatibzadeh also said Tehran fears that pressure by the Israeli regime and others push the report toward politicization, warning that everyone has witnessed acts of interference and espionage by the regime, and its disruptions, whenever a breakthrough was near at hand in the Vienna talks between Tehran and world powers.

The spokesman also dismissed comments by some US officials, which he said are made in response to the domestic issues of the country.

He said what matters for Iran is the message conveyed through the normal channels between Tehran and Washington, stressing that the US has so far failed to offer the responses expected by Iran.

He said an agreement on revival of the Joint Comprehensive Plan of Action can be finalized if the US ends it hesitation and makes a political decision in response to the initiatives tabled by Iran and Europe.

Khatibzadeh further stressed that the focus of the current negotiations between US and Iran is the latter’s economic benefits from a deal, the relevant guarantees, and removal of all elements of the US maximum pressure campaign against Iran.

He noted that Iran does not reduce the outstanding issues to the removal of the Islamic Revolution Guards Corps from the US blacklist of terror organizations.

The spokesman also talked about the upcoming Hajj pilgrimage, saying agreements with Saudi Arabia on the subject have been realized.

He added that the timing for the 6th round of talks between Iran and Saudi Arabia is not yet decided and agreements on other areas are pending more discussions.

Khatibzadeh also touched on the detention of Greek oil tankers by Iran in the Persian Gulf, saying Athens should use legal channels rather than clamor to get its ships released.

He said Iran also went for the diplomatic channels even after its tanker was confiscated illegally by Greece.

The spokesman said Iran’s foreign minister held a phone call with his Greek counterpart, but Athens showed that it attaches greater significance to the “orders from a third party”.

He said Athens should pay attention to the fact that neither the US, nor a third party cares about Iran-Greece ties, which he said have been “respectful”, so far, and should remain so.

The spokesman also talked about the Ukraine crisis, saying Tehran is ready to host talks between Russia and Ukraine.