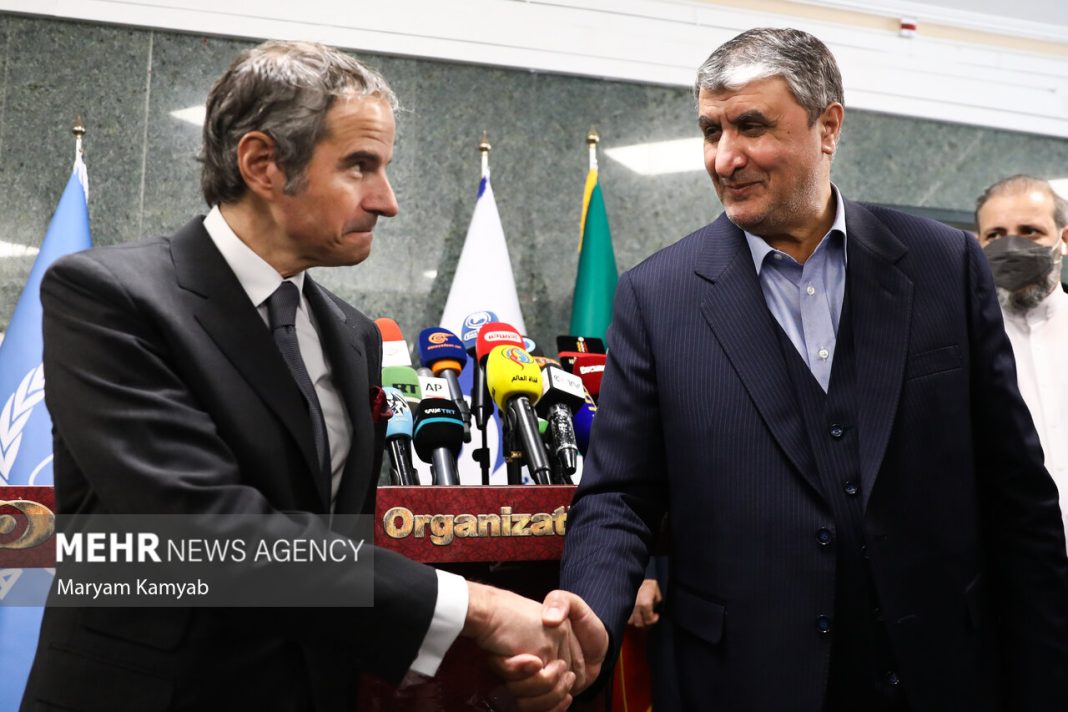 The Atomic Energy Organization of Iran and the International Atomic Energy Agency agreed to speed up their talks and cooperation to help resolve outstanding issues as part of their joint statement for cooperation in August 26, 2020.

The agreement comes as IAEA Director General Rafael Grossi wraps up his visit to Iran.
Grossi and AEOI chief Mohammad Eslami issued a joint statement, saying the outstanding issues are those mentioned in the November 17, 2021 document, dubbed GOV/2021/52.

Accordingly, they agreed that the AEOI submit written explanations and backup documents on the questions raised by the IAEA on three Iranian sites, requested by the agency, by March 20, 2022.

The UN nuclear watchdog will then have two weeks to examine Iran’s explanations and documents and submit its own questions – if any – to the Iranian organization.

The two sides will hold a face-to-face meeting after a week to discuss the raised questions and any information the IAEA would need, with each meeting focusing on one of the three sites in question.

According to the joint statement, Grossi is expected to publish his report before the meeting of the IAEA Board of Governors in June 2022.