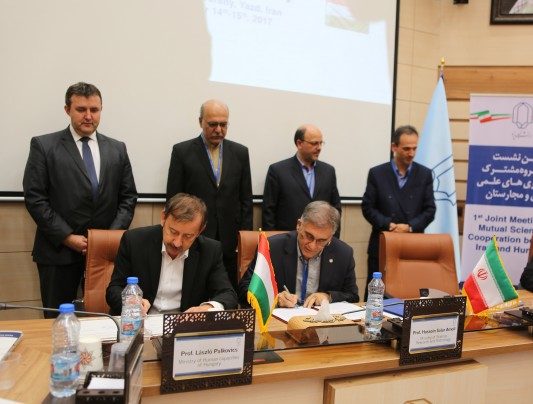 Iran’s University of Semnan and Hungary’s Eszterhazy Karoly University have signed an agreement on scientific and educational cooperation.

IRIB News Agency in a Farsi report said that the agreement emphasizes the exchange of professors and students (for short-term courses), the implementation of research projects, the exchange of information, documents and scientific publications, and also organizing events like conferences, seminars and joint educational programs.

The ceremony was held at Yazd University which is introduced as the Centre for International Scientific Collaboration between Iran and Hungary.

During the event an agreement was also inked between Iran’s Ministry of Science, Research and Technology and the Ministry of Human Resources of Hungary.