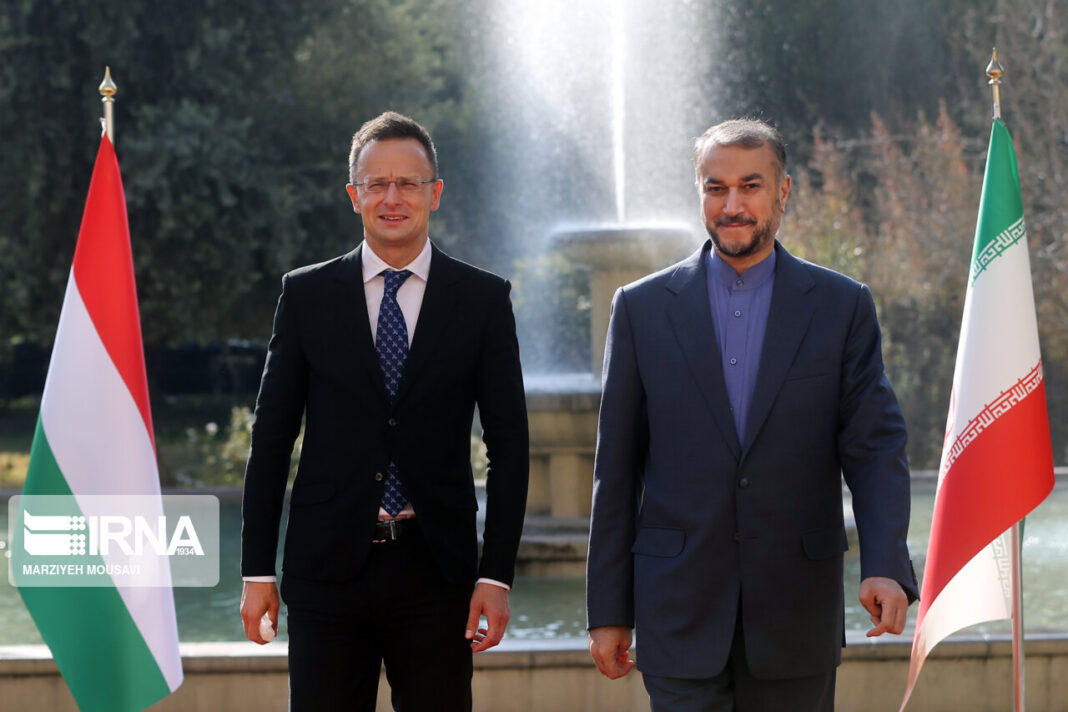 Iran’s foreign minister says he has signed a memorandum of understanding with his visiting Hungarian counterpart for the Iranian coronavirus vaccines to be the basis for issuance of entry visas to Hungary.

“An important development today was Hungary recognizing Iranian coronavirus vaccines as valid. To thank the Iranian scientists who successfully produced vaccines in several domestic companies, we signed a document in this regard based on which all Iranian jabs, if certificates are issued in Iran, can be acceptable in Hungary and be the basis for issuance of visas by Hungary,” Hossein Amir Abdollahian said in a joint presser with Hungary’s Peter Szijjarto.

The Iranian foreign minister added that the MOU will be effective starting from Friday and that consultations are underway with other countries so that they recognize the Iranian vaccines for issuance of visas for Iranian nationals.

“Exports of vaccines produced by the Islamic Republic of Iran to other countries will also materialize,” he said.

The two countries have signed documents including a cooperation agreement between the Islamic Culture and Communications Organization and Hungary’s foreign ministry as well as MOUs for diplomatic, customs and economic cooperation.

He said Szijjarto has also brought along a shipment of 4 million doses of covid vaccines, which are donated by Hungary and other countries to the four million Afghan refugees living in Iran. He thanked Hungary for its humanitarian gesture toward the Afghan refugees.