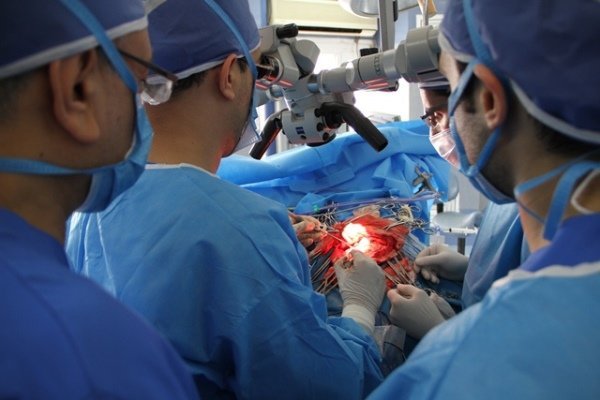 Iran has displayed for the first time its medical capabilities in an international brain surgery seminar held in the southern city of Shiraz.

During the seminar held earlier this week, Iranian surgeons performed four live cerebrovascular surgeries displaying the Iranian doctors’ efficiency and capabilities in this field, according to a Farsi report by ISNA.

“The two-day seminar was attended by a large number of well-known doctors from Iran and other countries and the attendees exchanged scientific views during the event,” said Head of Brain Surgery and Neurosurgery of Shiraz University of Medical Sciences, Abdol-Karim Rahmanian.

Rahmanian, who performed a surgery on the first day of the seminar, further noted that during the seminar four patients with cerebrovascular problems underwent surgery.

“We exchanged views with our foreign counterparts on best ways to perform such surgeries,” he added.

He also said Shiraz plays a leading role in the southern hemisphere of the country in offering services to the patients suffering from cerebrovascular problems.

Rahmanian called on the related government organizations to provide Shiraz’s Namazi Hospital with the required equipment for cerebrovascular surgeries and said any shortage in this field could be dangerous for patients of the region.

He said 120 patients with cerebrovascular problems are treated in Shiraz annually, adding that Namazi hospital is working at an international level and the doctors in the hospital are capable enough.

“The surgeries performed in Namazi hospital are comparable with those performed in international hospitals in the developed countries,” he added.

60 specialists from different countries took part in the seminar. It was also attended by representatives of international suppliers of medical equipment.