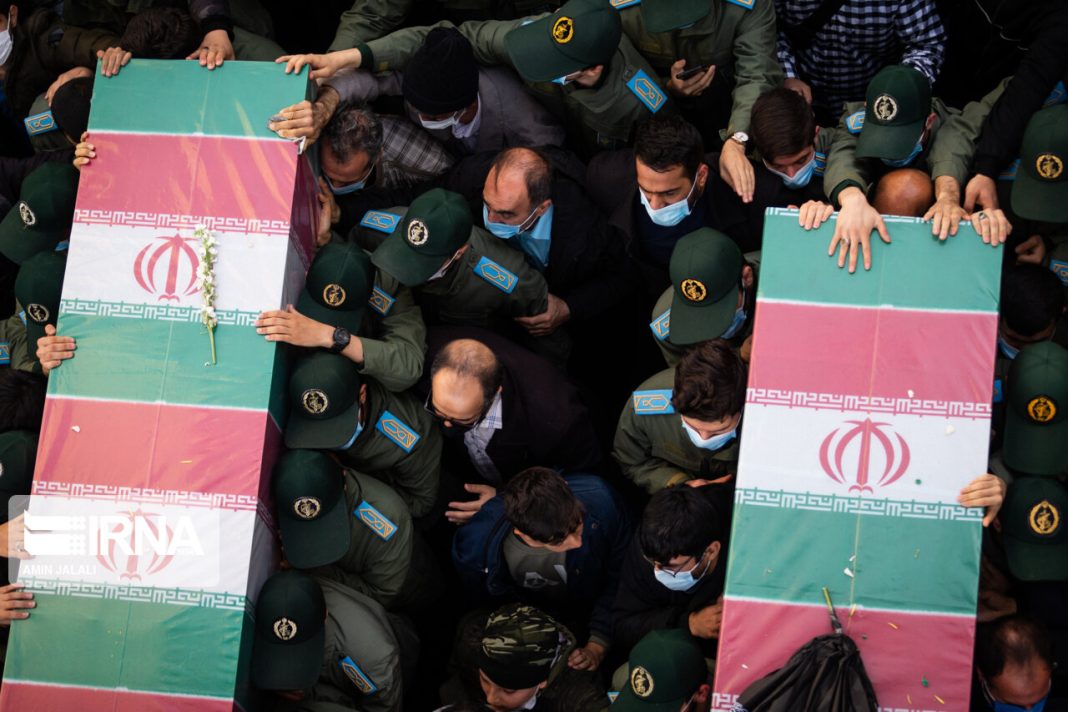 Iran has held a mass funeral for two Iranian military advisers and members of the IRGC killed in an Israeli missile attack on the Syrian capital Damascus earlier this week.

Hundreds of people along with senior commanders of the Islamic Revolution Guards Corps (IRGC) and the Army took part in the funeral procession.

After the ceremony on Thursday morning in Tehran, the body of Morteza Saeednejad was buried, but Ehsan Karbalayipour’s body was flown to the southern city of Ahvaz for a memorial before burial in Qom.

The IRGC has also warned that the Israeli regime will pay for its crime. Iran routinely sends military advisers to Syria to help the Syrian government in the battle against terrorist groups.