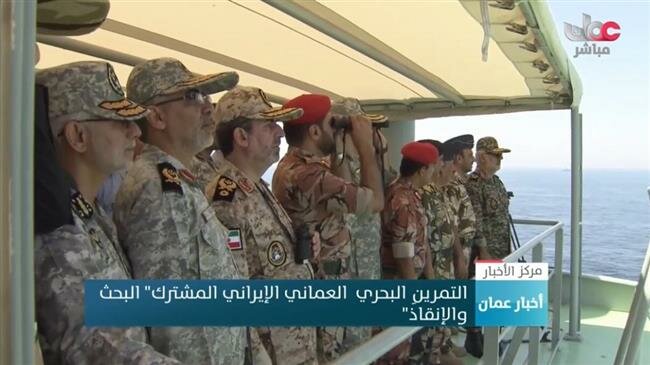 Military forces of Iran and Oman have held joint naval rescue and relief exercises in the waters of Oman as the two neighbors move to build stronger relations.

The maneuvers took place off the coast of Muscat within the framework of the Omani-Iranian Military Friendship Joint Committee, reported the media center of the General Staff of the Armed Forces of the Islamic Republic of Iran on Wednesday.

The drills come as a high-ranking Iranian military delegation, headed by Brigadier General Ghadir Nezami who leads the joint military committee with Oman, is on a visit to Muscat.

He was present at the naval drills and held fruitful talks with senior Omani military officials, parliament speaker and deputy foreign minister.

Speaking at a meeting in Muscat with 120 representatives from Iran’s business and economic sectors, Iranian Ambassador to Muscat Mohammad Reza Nouri Shahroudi highlighted a growth in ties between the two neighboring nations in the area of defense and trade.

The diplomat announced that two neighbors plan to create a new direct shipping route by the end of this month.

Shahroudi further pointed to a rise in the number of direct flights between the two countries, adding that the enhancement of maritime transportation between Iran and Oman help further strengthen bilateral economic cooperation.