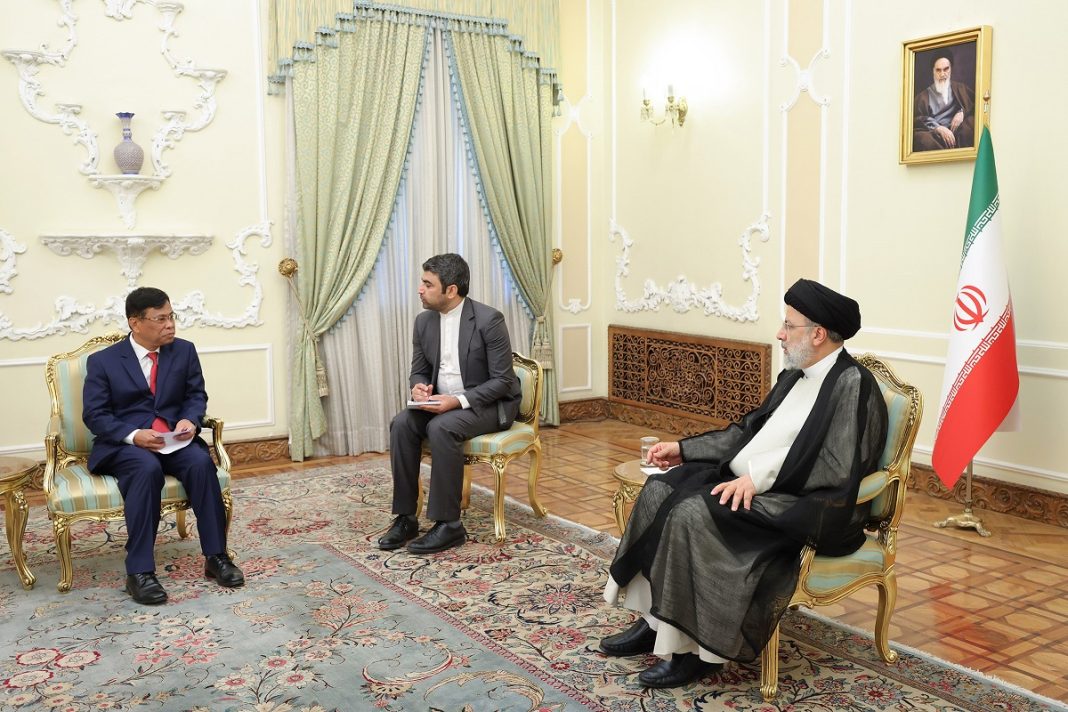 Iranian President Ebrahim Raisi has said history will never forget the US crimes in Vietnam. He was speaking at a meeting with Vietnam’s new ambassador to Tehran who presented his credentials to the Iranian president.

Raisi said Iranians regard the Vietnamese as a nation who stood up against colonialism and bullying and their views are similar to the Iranian people’s in this regard.

The president pointed to friendly ties between Iran and Vietnam and said the current level of ties between Tehran and Hanoi is not commensurate with the diverse possibilities of the two countries.

Raisi noted that regularly holding joint economic commission meetings can help realize the possibilities of Iran and Vietnam in the fields of agriculture, technology and transportation.

The Vietnamese envoy also described Iranians as peace-loving and cultured people, saying Iran has made many achievements despite years of sanctions and pressures.

He also thanked Iran’s active foreign policy and noted that Vietnam has always had food ties with Iran and is still working to boost relations with Tehran, especially trade and economic ties.