Iran Has Much in Common with Nicaragua: President 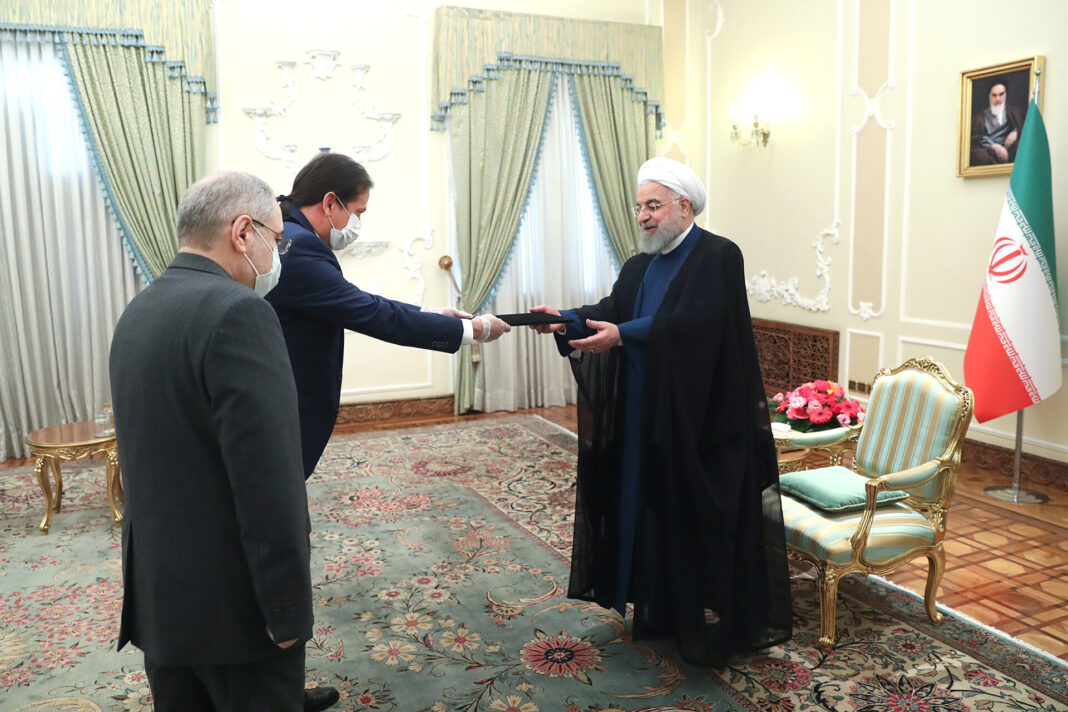 Iranian President Hassan Rouhani has called for closer interaction with Nicaragua, with which he said Iran shares many views.

“Iran has a lot of common stances and commonalities with Nicaragua, as a progressive country in Latin America,” President Rouhani said at a meeting with new ambassador of Nicaragua to Iran, Isaac Lenin Bravo Jaen, held in Tehran on Wednesday.

Pointing to the history of friendly and cordial ties between Tehran and Managua, the president called for efforts to enhance relations in all fields.

“The Islamic Republic of Iran is determined to promote relations and cooperation with the Latin American nations, including Nicaragua, in all fields, especially in the economic, cultural and political fields,” President Rouhani added.

The Nicaraguan ambassador then submitted his letter of credence, lauded Iran as a friend and brother of Nicaragua, and pledged that he would do his utmost to promote relations and cooperation with the Islamic Republic during his tenure.

“For the people of Nicaragua, the Islamic Republic of Iran is the symbol of courage and resistance in the face of the US imperialism’s bullying,” Bravo Jaen noted.

Expansion of relations with Latin American nations in all political, economic and cultural fields has been top on the agenda of Iran’s foreign policy in recent years.

In July 2019, Iranian Foreign Minister Mohammad Javad Zarif visited Nicaragua during a tour of Latin America and held several meetings with senior officials of the country, including President Daniel Ortega.

Zarif and Ortega exchanged views about a range of issues, including the illegal US sanctions targeting sovereign nations.