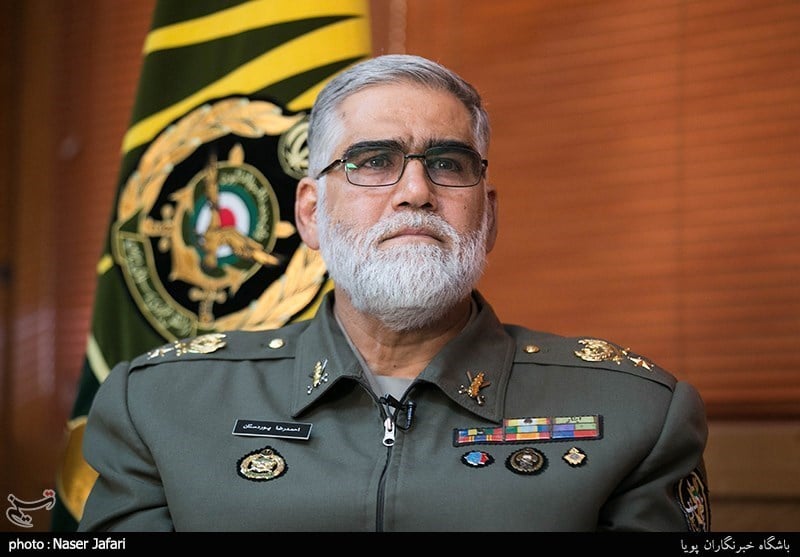 A top Iranian Army commander said the country has detailed intelligence data on the military bases in Saudi Arabia, Jordan, the United Arab Emirates and Qatar.

In comments on Thursday, Brigadier General Ahmad Reza Pourdastan said the Iranian Armed Forces are monitoring all hostile moves in the region and have gained a good level of intelligence dominance.

“We know what exists in the (military) bases of Jordan, (the United Arab) Emirates, Qatar and Saudi Arabia, know the number of vessels of enemies in the Persian Gulf, and are even familiar with how the enemy would behave,” the former Army Ground Force commander said.

He reiterated that Iran will never be the first side to begin a war, but if foreign threats become serious, the Iranian Armed Forces will combat them, wherever they may be.

Iran does not seek to expand its boundaries, but this does not mean that it will not strengthen its defense power, Pourdastan underlined.

In comments in late April, Leader of the Islamic Revolution Ayatollah Seyed Ali Khamenei said the US government is aware of the crushing response it will have to face in case of taking military action against Iran, reiterating that the time of hit and run is over.

The US is seeking a way to evade the costs of standing against Iran and place them on regional countries, Ayatollah Khamenei said, reminding certain regional countries that if they confront Iran, “they will definitely suffer blows and defeat.”