Iran has considered all options, even improper implementation of JCPOA 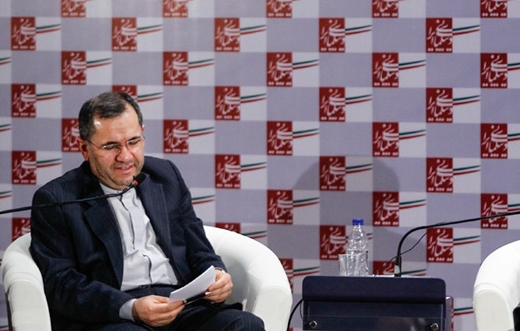 An Iranian Foreign Ministry official has said that the negotiating countries and the EU representative are members of a joint commission which will look into any problems which may arise in the implementation of the deal.

Deputy foreign minister for Euro-American affairs has said that Iran has taken into account the possibility of improper implementation of the Joint Comprehensive Plan of Action (JCPOA) and the problems it may throw our way.

Majid Takht-e Ravanchi made the comment at a special gathering to review the nuclear deal on Sunday and added that the nuclear deal comes with solutions that prevent the problems that may be created in the post-Obama US. He said it is not acceptable for a government to lift the sanctions and its successor to refuse to comply with a previous decision, adding that JCPOA has asked the US administrations to remain committed to the termination of sanctions [against Iran].

The following is the translation of part of his remarks as reported by the Iranian Students’ News Agency (ISNA) on August 9:

If a US president does not lift the sanctions, her or his failure would amount to gross violation of the Iran nuclear deal. If so, the mechanism envisioned in JCPOA will be pursued, but it seems a distant possibility for a person [read a president] in the US to seek to kill this deal. From the beginning of nuclear talks, we stressed that the deal should not be tied to a single person.

The Iranian government entered talks with six other governments plus the representative of the European Union and we had to reach a workable deal. The negotiating countries and the EU representative are members of a joint commission which will look into any problems which may arise in the implementation of the deal.

From the start, we sought to clinch an executable agreement. Talks dragged on, because we wanted to arrive at a good agreement, something which ultimately happened in Vienna.

If anybody in any of the participating countries tries to kill the deal after a while – only to influence the sanctions regime – the international community will learn who is throwing obstacles in the way of an international trend, and that person would be seen as defying all UN members and even American allies.

World nations have shown a great interest in entering economic partnership with Iran. When this economic trend is enforced, anything which may dent such a trend can pile growing political pressure on the US. Nobody at the White House can make a decision against the views of other nations.

Talking with six world powers, including five permanent members of the UN Security Council, is a tough task. Talks over complex issues are time-consuming as well.

The negotiating team as well as the Atomic Energy Organization of Iran (AEOI) made tireless efforts. Our friends at the AEOI helped us along the path we were walking down over the past year and a half. There were other people who helped the nuclear team with economic issues and sanctions. Mr. Zarif himself supervised the whole trend.