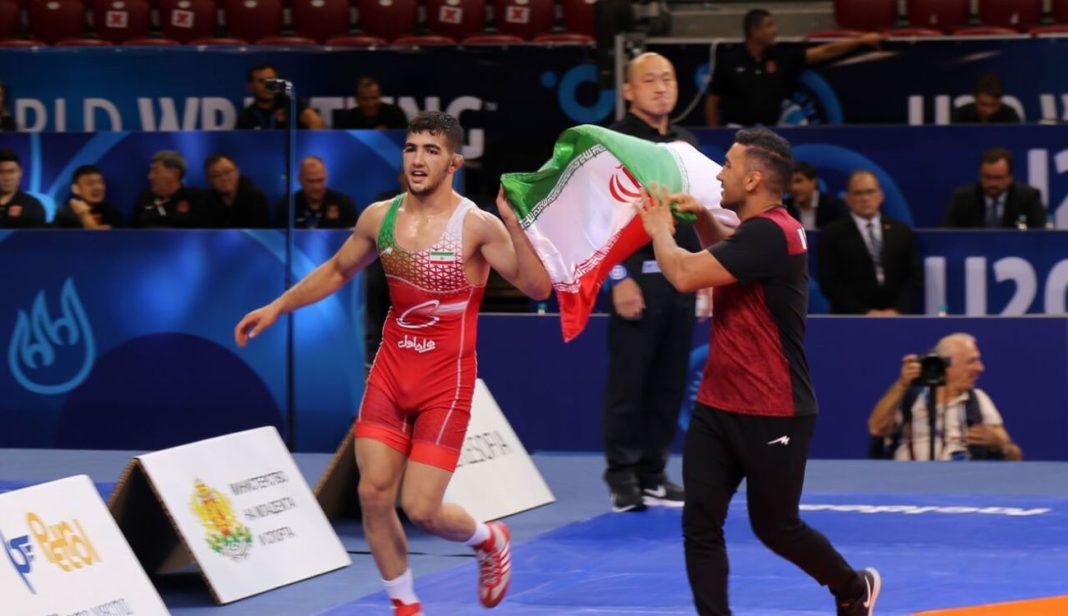 The U20 Greco-Roman World Championship ended on Sunday in Bulgaria with the Iranian team winning the first place.

At the end of the first five weights of the championships, the Iranian wrestler Iman Mohammadi won a gold medal at 63 kg, other Iranian athletes Abolazal Choopani at 87 kg and Fardin Hedayati at 130 kg won silver medals for Iran on the final day.

According to the results obtained in the first 5 weights of these competitions, the Iranian team won the title powerfully while Ukraine and Azerbaijan Republic will compete with each other to win the second place.

The Iranian team will gain between 149 and 174 points at the end of this tournament, while Ukraine will win something between 96 and 116 points. Azerbaijan’s points will be somewhere between 104 and 114 points.

The U20 Iranian freestyle wrestling team won the second place in the Bulgaria world championships yesterday.